“There is nothing more divisive than politics,” said Brian Andrews of The News Directors, who stood in for Sunny Isles Beach Mayor Bud Scholl to introduce two legislative leaders, Florida State Senator Jason Pizzo and Florida State Representative Joe Geller to a full-house audience of the Aventura Marketing Council/Chamber of Commerce (AMC). “However, our speakers today have managed to bring so many people together, no matter what side of the aisle they sit on!”

Running the meeting was former AMC Chairman, Cliff Schulman of Weiss Serota Helfman, a gentleman who is very familiar with the legislative process as a renowned attorney. Schulman was standing in for current AMC Chairman Gary Pyott, Association 1st.

Andrews noted, “Sen. Pizzo and Rep. Geller are longtime members of our community who always put a smile on our faces. Rep. Geller has been around forever and needs no introduction. Sen. Pizzo is a charming young man who has burst on the scene and since taking office, has created a swirl of positive activity for our community in Tallahassee.”

“I’m the Jason of today’s Jason and Joe Show, and I have the great pleasure of serving District 38 with 15 cities, including Sunny Isles Beach and Aventura. Now let’s talk about the good things that happened in Tallahassee this past legislative session,” said Sen. Pizzo.

“If you’re involved in a lease or re-sale property, the business rental tax will drop 20 basis points to 5.75½, a pretty significant drop in the aggregate. We were able to bring back some funding to this district. It is the world’s worst-kept secret that the #1 issue, now that everyone has coalesced under some type of change in the environment, is the high-water table underneath a number of our septic systems in the county. There are 92,000 septic systems that we have to convert to a sewer system. We had a lot of headwind in trying to get the State onboard with helping us. And of course, we’re all familiar with the sargassum seaweed being washed up on our beaches, and we have to continue working on that as well. I was able to pass a bill that will allow law enforcement officers to make an arrest based upon a positive DNA match, so if you’re a victim in any case, you will be very well served by that. I really want you to know that my colleague here, Rep. Geller, and I ARE your business-friendly legislators, and we want you to call our office with any issue you have. It doesn’t matter how small or how big…please reach out to our offices so we can help you before it grows into a big problem!”

“And I’m the Joe of the Jason and Joe Show!” said Rep. Joe Geller. “You’ve heard the word, gravitas…that’s actually Latin for ‘gray hair’, and I have more of it! I do want to mention that Jason Pizzo is not an overnight success…. he has toiled in the trenches as an Ass’t. State Attorney, trying to keep us all safe…and has put in the time and paid his dues, and I want to congratulate him on a very successful first session.”

“This was a difficult session to be frank. With a new Governor, there’s always a period of adjustment. Although the Governor was not the candidate I supported, I will give credit where credit is due. I disagreed with him on some things, but also have found areas of agreement and where possible, we all try to work together for the good of the community. I was privileged to be invited by the Governor on his trade mission to Israel. It was an exhausting short trip with meeting after meeting. Florida Int.

University’s President Mark Rosenberg was an active participant, and along with 10-12 other public and private universities, signed a great number of memos of understanding with Israeli institutes of higher education. Some of these agreements were between Space Florida and the Israeli Space Agency. In my opinion, something that’s good for the State of Florida and helps bring high-paying jobs and is good for the State of Israel—that’s good!”

Rep. Geller took a moment to recognize the legislative aides from both offices: Maggie Gerson from Sen. Pizzo’s office and Joel Ramos from his own office, saying “These are incredibly hard-working professionals who get a tremendous amount of work done for us and for the communities we serve, and we thank them.”

“This session, we were able to bring some things back to our cities…and if the Governor will leave these items in the budget, we will see curbing of swales in Aventura and the Sunny Isles Beach Pedestrian Park Bridge…issues that relate to the safety of our citizens. And now, the bad news. Personally, I think a bill for arming our teachers is ill-advised. I called for the State to provide funding for more law enforcement officers in the schools. In Miami-Dade, we have a school resource officer for every middle school and high school, but there’s only one school resource officer for every three elementary schools. Whatever we need to spend to keep all our kids safe should be spent.

On the Federal Immigration Enforcement Bill, we have no sanctuary cities in Florida, but there was a bill that would make it our responsibility to pay for what should be a federal responsibility. There was a bill that attempted to pre-empt local governments in passing a ban on plastic straws, so congratulations to the Governor for his veto on that. We have to consider an idea on its own merit, not the source of the idea…if it’s a good idea, then we should support it. And a bill finally passed to allow firefighters to get insurance coverage if they have a job-related cancer. I’m a big defender of our first responders who risk their lives for us every day. And there was a good bill that took a Miami-Dade pilot program for needle exchange and made it statewide.”

Historically Yours : The only Founding Father accepted in a sport Hall of Fame 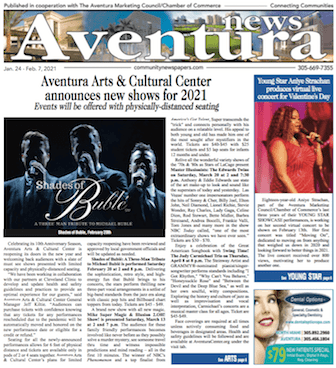 Miami Beach Miami Beach Chamber - January 25, 2021
Situated in the heart of Wynwood Arts District, one of Miami’s most culturally askew neighborhoods, R House is a contemporary restaurant & bar as...