Notwithstanding widespread anti-Semitism during the Civil War era, Abraham Lincoln was a constant friend to the Jews. Was there a reason? Abraham Jonas, of Quincy, Illinois was a close friend and political ally of Lincoln. Isachar Zacharie, a Jewish chiropractor, had an open door to the White house to fix Lincoln’s bunions. Lincoln trusted him and sent him on secret missions to meet with Southern leaders. Jacob Frankel was appointed by Lincoln as the first American rabbi to serve as army chaplain. Lincoln became a hero to the Jews by revoking the shocking General Order No. 11, which General Grant issued on December 17, 1862 which expelled Jews “as a class” from four western states under his command. In one of the worst acts of anti-Semitism in American history, Grant wrongfully blamed Jews for war-time cotton exploitation. Cesar Kaskel of Paducah, Kentucky, one of the chief organizers of the Jewish protest, rushed to Washington to meet with Lincoln in hopes of revoking the infamous Order. According to Kaskel, a heart-warming Biblical flavor was introduced by the President:

Lincoln: And so the children of Israel were driven from the happy land of Canaan?

Kaskel: Yes, and that is why we have come to Father Abraham’s bosom and asking protection

Lincoln: And this protection they shall have at once.

In a newly published book (Melungeons: The Last Lost Tribe in America, Mercer University Press) Rutgers University historian Elizabeth Caldwell Hirschman makes a provocative claim that Lincoln was probably of Sephardic descent. Hireschman stated that “not only does it seem likely that Lincoln was of Jewish ancestry, but that he probably was aware of it. “Hirschman explains that she grew up in Tennessee as Marie Elizabeth Caldwell. Believing she was Presbyterian from a socially prominent family, she applied for membership in the Daughter’s of the American Revolution. After being rejected, she decided to research her family history, as well as the region. She discovered that there had been a significant number of Sephardic descendents living in the Appalachian area of Tennessee and Kentucky ever since Jews and Muslims, fleeing the Inquisition, accompanied Hernando De Soto’s expedition to the area in 1540. From ship’s provisions records (decidedly Mediterranean) she concluded that Jews and Muslims, who fled the Inquisition, were part of the first permanent settlement in Jamestown, Virginia in 1607. Eventually, they made their way to Appalachia when Spain recaptured Florida in 1790. Hirschman also traced DNA records, legal and marriage documents, religious practices, family names and the Lincoln family physical appearance. Hirschman concludes that Lincoln was of Jewish ancestry on both sides of his family. Could this have been on Lincoln’s mind when Father Abraham revoked General Order No. 11 for the children of Israel? 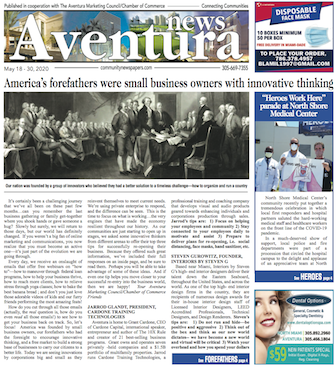