Many years ago, Aventura’s Billy Joel and I attended the North Dade Justice Center to hear the Law Day U.S.A. keynote speaker five- term U.S. Congresswoman Carrie P. Meek. Carrie, a granddaughter of slaves, was born in Leon County, Florida in 1926, and the mother of her Congressional successor Kendrick Meek. Her subject was, “What the 1954 Supreme Court decision in Brown vs. The Board of Education Meant to Me” Carrie started that the Brown case “…changed my life and turned our nation in a positive direction, where all people could become anything they wanted in life, provided they took personal responsibility for their lives.”

After graduating from Florida A&M, Carrie received an advance degree from the University of Michigan, as Florida did not accepted blacks in graduate schools. She was raised in Florida under the old 1896 Supreme Court decision of Plessy vs. Ferguson that segregated the races at local facilities throughout America, upholding “separate but equal.” It meant that as long as there were equal facilities (which rarely existed) the races could legally be kept separate and apart. Black schools were second rate,” Carrie said, “Torn books with missing pages were passed on to new students year after year. Restaurants, drinking fountains and toilet entrances had signs “For White Only.” Opportunities were limited. Blacks fought and died while serving their country only to come back to sitting in the back of the bus or face arrest.” The Brown case, she said, “…reversed the Plessy case and held that everything now had to be equal- equal facilities, equal rights; no more second-class citizenship. The Brown case was monumental because it changed the most humiliating part of my life. Prior to Brown, when I walked down the sidewalk in Miami Beach and I was approached by a white person, I had to leave the sidewalk and stand in the street until the white person passed, then I could go back on the sidewalk and resume waling. To me, Brown meant that I could walk down the same sidewalk with every white person in America and I had nothing to fear.” Carrie continued “Despite past injustices, America is the greatest country in the world. The Brown case was followed by the Civil Rights Act of 1964 and the Voting Rights Act of 1965, which ensured minority rights to authorize the attorney generals to initiate desegregation suits. America now offers what was promised to all people in the Declaration of Independence that all people are born free and entitled to equal opportunities for life, liberty and pursuit of happiness.” Tears were flowing from my eyes as Carrie’s words were an inspiration to all of us. 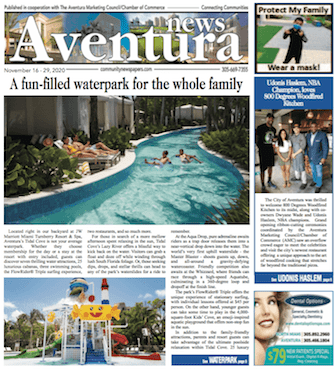