The full-length concert will feature a variety of musical selections for the whole family, including everything from Mozart to rock and roll. The concert will be followed by a questionand- answer session during which time Bortnick will take questions from the audience, as well as talk about his incredible experiences in the business.

Bortnick, at only nine years old, is an accomplished pianist, musician, composer, actor and artist. He is widely considered to be one of the youngest philanthropists in the world. Bortnick began playing the keyboard at the age of three and was composing music by the age of five. He made his national television debut on The Tonight Show with Jay Leno in 2007. He has since appeared on many national and international television programs and has performed with a long list of well-known artists including Beyonce, Patti Labelle and Sir Elton John. Earlier this year, Bortnick became the youngest artist to record “We Are The World – 25 For Haiti,” with 70+ other artists. Later this year, he will become the youngest entertainer to headline his own tour. Bortnick is a passionate philanthropist, especially when it comes to children’s causes. He recently helped raise more than $12 million for Miami Children’s Hospital.

Bortnick is a student at Hochberg Preparatory and volunteered to headline the benefit concert to help raise funds for his school, and to help bring attention to the importance that the arts and music play in the lives of children and young adults. Tickets for the concert are $18. There will be a pre-concert VIP reception with Bortnick and reserved concert seating for $180. For tickets, call 305-933-6946 or http://www.showclix.com/event/9557 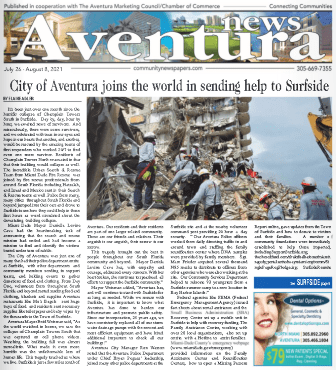