The PCC serves as the nucleus of the police department’s intelligence-led policing strategy, and greatly improves its ability to identify, assess, and respond to threats.

“We are blessed to have the resources, technology, capacity, and manpower to have eyes on-site with high-definition cameras that are centrally connected to our Command Center and are simultaneously viewable by Miami-Dade Police,” explained Superintendent Carvalho. “Beyond these resources, the most important element in preventing a catastrophe is information.”

The PCC is made up of 12 large TV screens that allow officers to monitor activity in and around 476 school facilities with the help of 18,000 cameras; the Raptor Visitor Management System, which does background checks on all visitors against custom databases that may contain custody alerts and/or banned visitors; the “ShotSpotter,” which is a military grade, gunfire locator or gunshot detection system that detects and conveys the location of weapons fire using a combination of acoustic and optical sensor; GPS that allows monitoring of every single Miami-Dade school bus; and the FortifyFL, a free digital app available for smart phones that tracks every school in the state and allows anyone to report anonymously, or directly, a threat, any message or action against anyone or any school in Florida.

“The Police Command Center serves as the nucleus for all safety and security initiatives for the District,” Chief Lopez said. “It bundles human capital and technology resources into one arena and allows for an efficient, swift, and effective law enforcement response during critical incidents at or near school sites.”

For the most up-to-date information, download the Dadeschools mobile app to your iPhone or Android device. 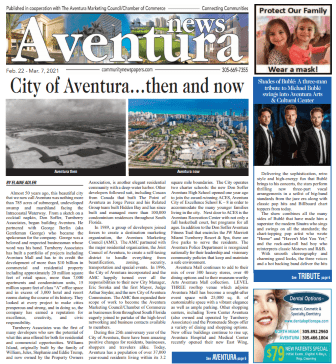 Coral Gables Featured Community News Releases - March 2, 2021
Since residents and staff have received their second COVID-19 vaccine, the sounds of laughter and socializing are resuming at The Palace Coral Gables, the...

Miami Beach Miami Beach Chamber - March 2, 2021
Wingspan Seminars’ mission is based in conflict resolution and serves its clients by providing solutions training that focus on strengthening relationships through development. Wingspan...