Csanád Szegedi is a Hungarian politician and former Member of the European Parliament. He was a member of the Hungarian radical nationalist Jobbik political party and his brother Márton Szegedi, was Jobbik’s 2012 mayoral candidate in Miskolc.

According to Wikipedia, Csanád became a member of Jobbik, the country’s biggest far-right political force early in the party’s history. In 2006 he became vice-president of the party. In 2007, he was a founding member of the Hungarian Guard – a Neo-Nazi militia, which was banned in 2009, at which time Szegedi joined the Jobbik party. Between 2005 and 2009 he was the leader of the party in Borsod-Abaúj-Zemplén county. From 2009 to 2014 he served in the European Parliament in Brussels

Then came a revelation which changed his life: Szegedi’s maternal grandparents were Jewish and his grandmother a survivor of Auschwitz concentration camp who, fearing further persecution, had hidden her religious background.

The film Keep Quiet shows Szegedi’s shallow past and then follows him on his three-year journey to embrace Judaism, forced to confront his family’s past, his wrongdoing, and his country’s turbulent history. But is this change a genuine process of reparation and spiritual awakening, or is he a desperate man with nowhere to turn?

Find out on Sunday, July 22, as we watch this film on big screen. That day we observe Tisha B’av, and mourn for the destruction of both temples in Jerusalem and many other calamities throughout history that befell the Jewish people.

The reason we chose to show this film is because of the tremendous lessons it teaches:1) No matter how low we may fall, we can always get back up. 2) Through learning from our mistakes, we can turn around and embrace what is right, and be welcomed home. 3) Being the saddest day on the Jewish calendar, means that through hard work, we can turn it into the happiest.

The film includes a moving interview segment conducted by Szegedi with his now deceased grandmother, who admits that it was simply easier to hide her background in the aftermath of the war. He takes her, for the first time, to see her mother’s grave in a Jewish cemetery, and pays for a new headstone. He also accompanies an elderly female survivor to Auschwitz, even though he had formerly called the Holocaust just another historical event.

The film received positive reviews from critics. Frank Scheck from the Hollywood Reporter called the film “[An] amazing story… Should provoke strong controversy upon its theatrical release. It’s fascinating throughout.”Daniel Walber from NonFics called the film “[a] powerful narrative of repentance.”

Keep Quiet was featured in “The 10 Best Movies at the 2016 Tribeca Film Festival” in Time Out New York. The Jewish Week called it a: “A superb piece of nonfiction filmmaking, telling a story of import with grace and intelligence – If you want a controversial fest title, this is it”.”Slant Magazine wrote, “The filmmakers astutely reveal how a culture can eat another alive and somehow live with itself.”

To watch the official trailer, learn more about the film, or to RSVP for the screening on big screen, go to www.ChabadChayil.org. The film will be screened Sunday, July 22, 5:00pm at The Family Shul in Highland Lakes. 2601 NE 211 Terr, Miami, FL 33180.

To learn more about Tisha B’Av see www.ChabadChayil.org/3weeks. This year Tisha B’Av observance begins July 21 at sundown and ends July 22 at nightfall. I encourage you to participate in services at your local Chabad or Synagogue. You are of course welcome to join me. For the full schedule call (305) 770-1919 or go to www.TheFamilyShul.com.

About the author:
Rabbi Kievman together with his wife are the ambassadors of The Rebbe to Highland Lakes, FL. They are the founders of CHAP – an afterschool program for Jewish children in Public Schools and direct Chabad Chayil. He’s the rabbi at The Family Shul and can be reached at (305) 770-1919 or rabbi@ChabadChayil.org 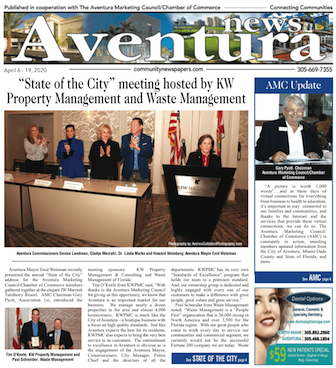