The beautiful Garden Room at The Point Spa & Club was the site of a recent Aventura Marketing Council/Chamber of Commerce (AMC) Chairman’s Roundtable luncheon featuring Justice Robert Luck, newly appointed to the Florida Supreme Court. Meeting sponsors, VIDA at The Point and Florida Advocates, a Private Law Firm, were thrilled to have the opportunity to present their friend, Robert Luck, who has brought such great pride to this community throughout his distinguished legal career.

Gabriel Markovich and David Koster, partners in VIDA Development Group, introduced their new project now under construction just opposite The Point Spa & Club. “Years ago, I used to walk my dog by The Point Sales Center and wonder what would become of the site. Never did it cross my mind that this magnificent site would be developed by my partner, David Koster and me, through VIDA Development Group. Although zoned for an 11-story building, we chose to build an exquisite, modern, six-townhome luxury development to continue to enhance the beauty of this waterfront community.”

Steven Gurowitz, renowned interior designer who is a close friend of Markovich and Koster, said, “Being part of a project with your friends is very special, and I know that VIDA at The Point will be a shining jewel here in the city.”

Cliff Schulman, partner in Weiss Serota Helfman who served as AMC Chairman for 13 years, has known Robert Luck since he was 6 years old. “I met Robert 39 years ago when we lived across the street from each other. His colleagues have called him “the James Brown of Justice”, “Diehard Gator”, “a walking encyclopedia” and “a terrible golfer…all true… but I have always called him Robert. He is the youngest Justice appointed to the Florida Supreme Court, but he will not be on that court for 30 years. I have no doubt he will rise to a much higher court in Washington, D.C.”

Meeting co-sponsor Russ Lazega, Founder of Florida Advocates, a Private Law Firm, said, “In short, our firm sues insurance companies to collect denied and underpaid insurance claims. Our areas of practice include P.I.P., accident or injury claims, homeowners and property claim and other insurance claim disputes.” When it came time to introduce Justice Luck, he noted, “The word pride describes exactly how I felt when the announcement of my friend Robert Luck’s appointment to the Florida Supreme Court was made in my daughter’s 5th grade class at Hillel. Robert was born and raised in Miami-Dade County and a product of Miami-Dade County Public Schools and has a long and distinguished history in the field of law.”

Justice Luck took the podium to heartfelt applause and pride. “In the 1970s, the Florida Constitution was amended to require Judges to retire at age 70, and this past year, three Judges turned 70 at the same time. The Judicial Commission sent out a notice to accept applications for Judges, and I applied along with 58 other people. The application wanted to know everything about you from 18 years of age on…….every job, every person you worked with, every boss’s name, every lawyer you worked with on both sides of the case, ten references from every place you’ve been, all your tax and financial information, your medical, psychological and drug history and all about your spouse and children. After interviews with Gov. DeSantis and a team of his attorneys, I was honored to be selected. And what does the Florida Supreme Court do? There are mandatory cases we must try: every death penalty, Public Service Commission, ballot initiatives, and then there are discretionary cases where a conflict exists between two different courts OR cases of great public importance. The Florida Supreme Court also oversees all Judicial business, with 600 Circuit Court Judges, 400 County Court Judges, 60 District Courts and tens of thousands of employees throughout the state. That means we handle all the security, HR, budgetary, and disciplinary issues. All these issues matter to YOU because each decision the Florida Supreme Court makes will affect you. If you receive a ticket, we oversee all the rules of each court. Some of the cases we recently heard involved Turkey Point’s clean-up of the Biscayne Aquifer and the Stand Your Ground law. The hats that the Florida Supreme Court wears are all taken very seriously. My colleagues and I have dedicated ourselves to carry out each and every job with honesty and integrity, and I thank you for allowing me to work on your behalf.” 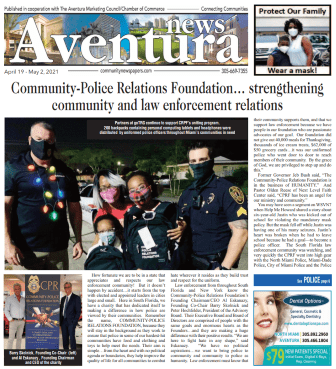 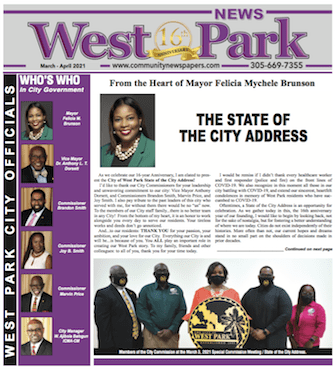