It started with Joel Joel, who at age 16, lied about his age to join the Navy. He completed his service, married Leah, and they had six children: three boys and three girls. All three boys also wanted to serve their country as their father did. Joe enlisted at age 18 to serve in WW II and was awarded multiple medals along the way. Joe’s company offered him a military deferment, but he was adamant…he wanted to help his nation. Jack, at age 17, also lied about his age to join the Navy. After his military service, he started a small trucking company which he sold when he was in his early 50s and went on to get his high school diploma, his college degree, and enter law school in his 60s. He was discovered to have pancreatic cancer during his last year of law school, and brother Billy made it his mission to get Jack his law school degree while he was in the hospital. Today, the Jack Joel Center for Special Children in Massapequa, Long Island, serves over 400 special needs children. Jack’s law school diploma proudly hangs in that lobby.

Aventura’s own Billy Joel, enlisted in the Army at age 21, and upon finishing his service, worked for a fuel oil distributor until he had the opportunity to start his own business with two trucks delivering for JC Penney and W. T. Grant on Long Island. That trucking business developed nationally, serving many department stores. Today, Billy is retired, still serving his community, first as an Aventura Commissioner and Vice Mayor, and now as a Trustee of the Aventura Police Dept. Pension Plan. He also created the Golden Gift Award for first-generation students of Fl. Int. University as a member of the Vice Provost’s Council which has raised over $1 million in scholarships. Ever the philanthropist, Billy is also Chairman of the Florida Friends of Israel Sport Center for the Disabled.

But there’s more about Joe Joel you should know. In 1945, he was awarded the Silver Star Medal Citation which stated, “Corporal (then Private) Joseph A. Joel, 120th Infantry Regiment, U. S. Army, is awarded the Silver Star for gallantry in action on January 14, 1945 in Belgium’s Battle of the Bulge. Corporal Joel distinguished himself during an enemy counterattack which was led by enemy tanks which threatened to cause a withdrawal of his troops. Cpl. Joel advanced aggressively to a spot in front of friendly lines and delivered accurate bazooka fire at the enemy tanks which crippled two of them. With their supporting tanks disabled, the enemy counter attackers were forced to withdraw. “The Battle of the Bulge was the largest land battle in the history of the United States.

Joe was also awarded the Bronze Star for his extreme bravery during the Battle of the Bulge.

Next month, the entire Joel family will be celebrating Joe Joel’s 95th birthday, but along with that happy celebration will be the pride in knowing that Joe Joel is not only a hero to his family but was a hero to his fellow troops who needed him the most. 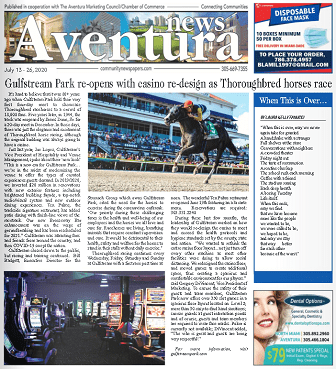