A new game is sweeping, slowing, into south Florida due to the efforts of one man, Mitchell (Mitch) Ball, a respiratory therapist and organizer of a 150 member running club. Mitch is an avid tennis player, runner, swimmer and biker but hadn’t even heard of this particular game until he was invited to play while vacationing at a nearby resort. He became an immediate fan and promoter. The game is Pickleball, a sort of combination table tennis, tennis and badmitten. It’s played with a hard, wooden paddle and a perforated whiffle ball on a court with the same dimensions as a doubles badmitten court. The net is similar to tennis net except it is mounted two inches lower. Pickleball is simple to learn; it can and is played by people of all ages from seniors to teen-agers. It’s physical, social and just competitive enough to be challenging

Pickleball was created in 1965 by the families of Joel Prichard, a congressman from Washington State and Bill Bell, a successful businessman. The game began in their backyard when their children wanted to play a different variation of badmitten. They named the game after their dog, Pickle because he was also in the yard and whenever a ball came his way he would take it and run off with it. Well, it was his ball that they borrowed for the first game.
After this humble beginning Pickleball took off everywhere, everywhere it seems except South Florida. There is a United States of America Pickleball Association, (USAPA) a website, tournaments and competitions, even tee-shirts. It is played at health clubs, communities,(the Villages in North Florida has over one hundred Pickleball courts and one thousand players) resorts and community centers all over the country but when Mitch tried to find a court in South Florida (Dade and Broward counties) there weren’t any . He was and is determined to change this, to bring Pickleball to South Florida…
”It’s a great sport” Mitch says, “It’s fun, challenging but not too strenuous, anyone can learn to play”. He became a Pickleball ambassador (really, there are hundreds throughout the country) and set about searching for suitable locations. He created a Meetup, www.meetup.com/southflpickleball/ and already has several members who are ready and anxious to play. The Meetup is free to join, just go to the site and register/sign-up so you can receive updated information.
Mitch is in the process of contracting different towns and communities and is actively searching for court locations so, if anyone knows of a tennis court that would like a second life as a Pickleball court or has any suggestions for locations or is interested in playing Pickleball contact him at SUN 259 4711 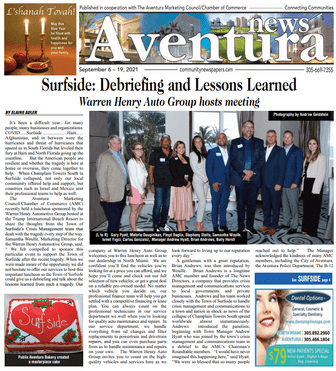