In 1942, FGO (then the Greater Miami Opera) presented its first performance of Pagliacci on Valentine’s Day at the Miami Senior High School Auditorium. The company has gone on to present the finest opera singers from around the world in productions representing the work of more than 60 composers.

Filled with high drama, scandal, intimacy, and obsession with power, the 2021-22 season will feature four operas performed at theaters in both Miami-Dade and Broward counties. In addition to returning to Adrienne Arsht Center for the Performing Arts and Broward Center for the Performing Arts, FGO also has created new partnerships with the Lauderhill Performing Arts Center in Fort Lauderdale and Scottish Rite Temple in Miami, giving more opportunities for audience engagement in a variety of different communities.

General director and CEO Susan T. Danis said, “The celebration of an 80th Anniversary Season is an accomplishment for any company, and in this case, an opportunity for South Florida and the opera industry to celebrate the history of our company. We thank everyone who has made this journey possible — from artists to audiences to patrons.”

The first two operas for the season are:

A Streetcar Named Desire by André Previn
This season begins with the American classic, A Streetcar Named Desire, by André Previn. Based on Tennessee Williams’ play, the opera follows the downward spiral of former southern belle Blanche Dubois, who after having experienced a series of personal losses, leaves behind her wealth and privilege and moves into a run-down apartment with her sister and brother-in-law.

Filled with soaring melodies and an orchestral score that puts you right in the middle of a New Orleans hot and steamy summer, A Streetcar Named Desire is a true contemporary verismo masterpiece.

Returning to the FGO stage, to sing the snobbish and dislocated Blanche Dubois is beloved company favorite and Miami native Elizabeth Caballero. After a triumphant performance of Riolobo in FGO’s production of Florencia en el Amazonas, baritone Steven LaBrie returns to FGO to sing the role of the brutish Stanley Kowalski. FGO also welcomes soprano Rebecca Krynski Cox to make her company debut, singing the role of the calm and gentle Stella Kowalski.

A timeless story of betrayal, dashed dreams, and mistaken identity, Rigoletto follows the conquests of the rakish Duke, who survives revenge, plots, and schemes, along the way.

Gilda, whom he has betrayed and abandoned, saves him in the final scene of the opera by making the ultimate sacrifice, leaving her own father broken and alone.

Other operas are Fellow Travelers by Gregory Spears, Apr. 23-28; Agrippina by George Frideric Handel, May 14-19.

All operas will have simultaneous English and Spanish translations projected above the stage.

Subscription tickets are available online at www.FGO.org or by calling the FGO Box Office, Monday-Friday, 10 a.m.-4 p.m., at 1-800-741-1010. Subscribers enjoy a 15 percent discount off the single ticket price through Aug. 19, 2021. After that date, ticket prices will increase. Single tickets go on sale on Oct. 4. No refunds or exchanges. Programs and artists subject to change. 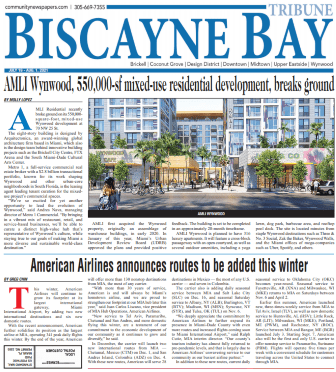