On most issues decided by the Florida Legislature, the Republicans and Democrats withdraw to the furthest sides of the battlefield and snipe at each other. Partisans pick one side to support and one side to blame.

This year is a little different. Both parties in the Florida Senate have united and are aiming their fire at Florida’s public hospitals. Private hospitals get most of their funding from wealthier patients with good, and even great, health insurance.

The public hospitals, like Jackson Memorial here in Miami-Dade County, see a lower percentage of insureds, but take in the bulk of Florida’s Medicaid patients. Medicaid is health insurance program jointly funded by the federal and state governments. It covers low-income and needy people, children, the aged, the blind, and the disabled.

For profit hospitals are seeking to take the indigent funding for Medicaid away from the 28 safety net hospitals, a total of about $318 million. For three decades, these hospitals have used this money to care for low-income pregnant women, sick babies, children and the frail elderly.

That $318 million would represent about four percent of the monies that the out-of-state for-profit hospitals ship out of Florida. And while it might mean slightly higher dividends to shareholders or fatter bonuses to hospital executives, it would mean cuts of $59.6 million just to Jackson alone, the most of any hospital statewide.

It’s not as if Medicaid patients are a huge revenue stream for public hospitals. Hospitals lose money on every Medicaid patient they treat. Medicaid only reimburses hospitals about 60 cents for every $1 of hospital care. The $318 million that the for-profits are after is shared today among the 28 hospitals where at least one of every four patients is on Medicaid.

Although the for-profit hospitals hunger for this state money like a zombie yearns for brains, there is no indication that they are prepared to expand their capacity to see more Medicaid patients. They look at this tsunami of Medicaid money as a reward for a job not done.

How have the for-profit hospitals snookered both Republicans and Democrats in the Senate? By spreading a big lie that public hospitals are bursting with cash hoards.

Public hospitals, like Jackson, have to operate in the sunshine and account for every dollar and every dime. On the other hand, for-profit hospitals have been frequently cited, fined, and sanctioned for fraud and mismanagement. And money when local public hospitals do manage to eke out a small gain, that money is quickly reinvested in the community in clinics and new equipment. When a for-profit hospital invests in new equipment, it is just as likely to be for a private jet for the CEO as for a new MRI machine.

The Florida House, under Speaker Richard Corcoran, passed a budget that shows compassion for our low-income neighbors, putting patients before profits. In the closing weeks of the 2018 Legislative Session, we hope that the Democrats and Republicans in the Florida Senate follow their example. 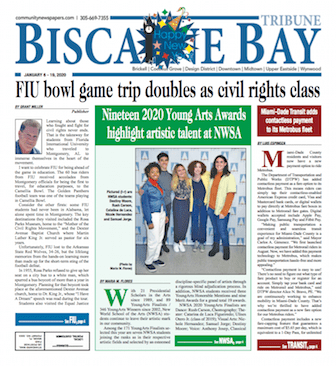