Friends of Miami Animals (FoMA) conducted its inaugural “Be A Friend” fundraiser on Jan. 15 at the residence of Brigitt Rok-Potamkin and Alan Potamkin at the Surf Club Four Seasons in Surfside, raising nearly $200,000 in donations.

Andi Potamkin, a board member of Potamkin Philanthropies, announced after the event that Potamkin Philanthropies will make a donation to bring total donations to $500,000, the amount needed to operate a new mobile veterinarian clinic for a full year. Miami-Dade County is working with FoMA to fund the remainder of an initial three-year test project.
About 180 of the organization’s friends gathered to show support for FoMA and its mission to save and improve the lives of pets in Miami-Dade County. Guests spent the evening learning more about the issues faced by local stray and rescue animals and the solutions FoMA provides. Dignitaries in attendance included Miami-Dade Mayor Carlos A. Giménez, Miami Gardens Mayor Oliver Gilbert, State Sen. René García, and Miami-Dade County Commissioners Danielle Levine Cava, Sally Heyman and Jean Monestime.

FoMA’s $225,000, 50-foot mobile veterinarian clinic, which was acquired by Brigitt Rok-Potamkin and will be donated for the project, was on display in front of the Surf Club Four Seasons. The clinic will bring basic veterinarian services and vouchers for free spay/neuter services to pets of low-income qualified pet owners who are unable to provide adequate care in economically challenged areas of Miami-Dade County.

“This mobile veterinarian clinic will make an enormous impact on the health and wellness of pets in our county. It’s just one of our many programs to provide care to animals in need,” said Brigitt Rok-Potamkin, a founding member of FoMA and the hostess of the evening.

Andi Potamkin said, “We were thrilled to encourage these donations by ensuring that the fundraiser would cover a full year of operation for the mobile veterinarian clinic. We hope that this fundraiser is the first of many for this growing foundation.” 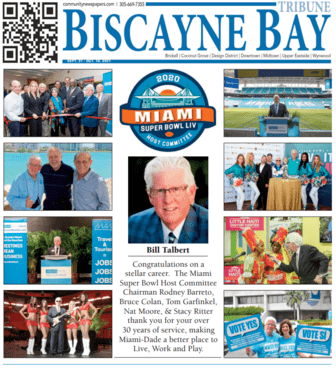