Continuing a tradition of more than 10 years, the New World School of the Arts’ visual arts graduating college students will continue the established arts-immersion international trips thanks to a grant just renewed by the John S. and James L. Knight Foundation.

During the recent announcement ceremony, Alberto Ibargüen, president of the John S. and James L. Knight Foundation, highlighted how the award would be used, “to support the personal growth and artistic development of students enrolled in DASH and New World School of the Arts through a summer travel and immersive program to New York City and abroad.

“This is a program that would not have happened but for the vision, the tenacity, and the wonderfulness of Rosa de la Cruz,” Ibargüen concluded. The NWSA study abroad program, created by NWSA faculty and Miami gallerist Fredric Snitzer, has received significant support over the years from Miami art collectors Carlos and Rosa de la Cruz, who have helped fund the effort since its inception a decade ago.

The NWSA international travel program offers BFA students a unique artistic and cultural experience that allows them to explore and appreciate the vibrant cultures of other countries to augment and enhance their own artistic outlook. Thanks to the generous support of Carlos and Rosa de la Cruz, along with the Knight Foundation, NWSA graduating college seniors have had the lifechanging experience of visiting countries such as France, Spain, Germany, Italy, England, and China to expand their artistic ideas and viewpoints.

Dr. Jeffrey Hodgson, provost and CEO of NWSA noted, “Traveling, experiencing different cultures, and seeing significant historical and the most current works of art in another country is a life-changing experience. The Knight Foundation and the de la Cruzes have together been the catalyst for these experiences that open the walls of our classrooms and take our students out into parts of the world they wouldn’t otherwise have the chance to experience. “Through their wise investment in these young artists, the students return and take their places as part of the South Florida community of artists equipped with experiences and knowledge that go beyond what they learned in class and prepare them to lead us into the future.”

Knight Arts Campion
In addition, New World School of the Arts professional artist and alumnus Noah Cribb (NWSA College BFA 2000) was recognized by the Knight Foundation as a “Knight Arts Campion” receiving a $10,000 grant to donate to the arts organization or artist of his choice. Cribb designated his award to Buen Provecho Club.

“Noah Cribb, a recent graduate from the NWSA visual arts discipline, truly embodied a student that combined his fine art aesthetic with technology,” explained NWSA professor Alisa Pitchenik Charles. “This was evident in his BFA exhibition where he created integrated video projection-mapped performances in nature onto found driftwood and objects he reclaimed. It is now essential to his practice to flow between mediums effortlessly.

“Noah can handle various forms of media and genres with sensitivity and a respect for what each medium does well while finding intuitive ways to merge them. The current work has a meditative quality that his movement, materials and process integrate. In ART+TECH we prepare the next generation of artists to respect traditional media while integrating new forms of expression through rigor in complex software and concept development and a careful sequencing of classes culminating in their BFA exhibition to hit the ground running as they exit the program.”

The Knight Arts Champion is presented to artists who have played key roles in fostering the local arts. A multidisciplinary artist, Cribb’s practice emphasizes abstracted relations to the immediate environment, focusing on the relationship of horizon lines and signals within the present moment. Noah is a teaching artist at the PAMM. 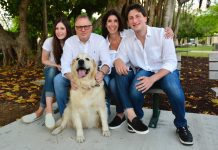 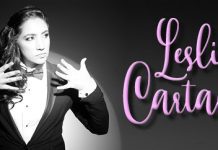 Live on the Plaza: Leslie Cartaya 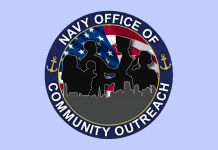 Castaways Against Cancer raises funds while kayaking from Miami to Key...