Michael Cheng has been appointed dean of Florida International University’s Chaplin School of Hospitality & Tourism Management. Cheng has served as interim dean of the Chaplin School since December 2017.

“In just over two years as interim dean, Michael has demonstrated energetic leadership to define Chaplin School’s identity, vision and strategy; a knack for building and growing relationships with our industry partners; and the curiosity and creativity to develop new learning methods and approaches for the benefit of our students,” said Kenneth G. Furton, provost and executive vice president. “Dean Cheng is elevating the Chaplin School to record levels of performance for our learners and industry partners, at home and abroad.”

Under Cheng’s tenure, the four-year graduation rate for Chaplin students has increased 14 percentage points. Wages for Chaplin graduates also increased during that time, while the average estimated cost of student attendance decreased from $13,000 to $8,000.

In the past two years, Cheng also brought innovative and experiential classes called PODS (Program on Demand) to the school and increased alumni engagement globally. Cheng also has elevated the Chaplin School’s reputations and rankings.

The Chaplin School now is ranked one of the top 50 Hospitality & Tourism Management programs in the QS World Rankings 2019. It is also ranked No. 1 for its Bachelor of Science in Hospitality and has maintained a No. 1 ranking for its online programs.

While at the helm of the Chaplin School, Cheng has been a successful fundraiser, exceeding a $4 million goal in his first six months. In his second year, he raised the bar again, bringing in $5.6 million for the school. Now he is well on his way to this year’s $9 million goal.

“I am honored to have the opportunity to lead and collaborate with the very best group of talented faculty, staff, alumni and industry partners to help develop America’s next generation of hospitality leaders,” Cheng said. “The Chaplin School’s combination of classroom, online and experiential learning programs offers the most dynamic and impactful curricula available — allowing our students to participate in world-renowned hospitality events, such as the South Beach Wine and Food Festival.”

Cheng has increased the school’s presence at the festival and helped increase university-wide student participation. He is active in the community and has forged relationships with hospitality and tourism industry partners, including Southern Glazer’s Wine & Spirits, Marriott and Carnival Corporation, to name a few, as well as with small and medium-sized businesses throughout the community.

Cheng came to the U.S. as an international student from Malaysia and received his bachelor’s degree in food service administration and a master’s degree in nutritional science and dietetics at Nebraska-Lincoln University. He received his PhD degree in hospitality management from Iowa State University.

Cheng has more than 20 years of leadership experience in culinary and hospitality management. Among his many accomplishments, he has been awarded over $1 million in public and private funded research. In 2001, Cheng created the only curriculum that blends culinary arts and food science, Culinology, and has since launched three Culinology programs worldwide and continues to play an active role in chairing the higher education committee for the Research Chefs Association. Cheng started at FIU as the Chaplin School’s director of food and beverage. He was also instrumental in establishing FIU’s first food incubator, StartUP FIU. 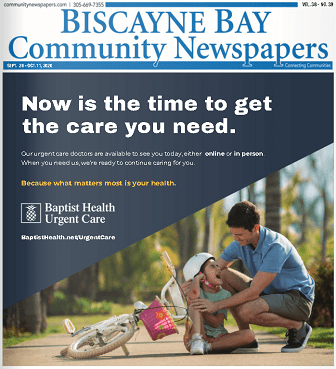