What: The Silver Circle recognizes individuals who have worked with distinction in the television industry within the Suncoast Region of the State of Florida, the State of Louisiana, the Mobile, Alabama-Pensacola, Florida television market as well as Puerto Rico for a quarter of a century or more, a significant part of which was done in the Suncoast Region. Silver Circle members are honored for more than their longevity — they are honored for making an enduring contribution to the vitality of the television industry and for setting standards of achievement we can all hope to emulate. These honorees also give back to the community as mentors, educators, and volunteers.

Jose Jimenez loves technology and is highly skilled at troubleshooting everything from broken equipment to malfunctioning edit systems. He began his career in broadcast engineering after completing his training as an Electronic Engineer at the Universidad Distrital Francisco Jose de Caldas in Bogota Colombia. Prior to moving to the United States, he worked at the National Institute of Radio and TV in Bogota.

In 1989 he joined the staff at WPBT2 in Miami as a Maintenance Engineer and later he was promoted to Supervisor of Technical Maintenance. Jose implemented the transition from bulky tape to tape editing machines to the first computerized editing systems hardware that required constant attention. He continues to provide technical (and moral) support to the station’s editors and is currently building brand new 4k edit systems, using an entirely software-based workflow. His technical skills and expertise support all of the station’s local productions, including Star Gazer, CheckPlease! South Florida, Your South Florida, KidVision, and Changing Seas. In addition, Jose helped implement the station’s transition from SD to HD broadcasts, which involved building a new master control from scratch and updating the station’s transmitter.

All these industry changes have come with their own technical challenges and growing pains, and Jose has been right there in the trenches, making it his mission to troubleshoot any issues as they arise – not an easy feat when faced with the constant pressures of broadcast deadlines!

Jose takes pride in his work and is considered the go-to-guy at the station to troubleshoot any technical issues that may arise. Without his know-how and hard work behind the scenes, many of the station’s programs may not have made it on air. We can’t think of anyone more deserving for this award honoring 25+ years of dedicated service in the Suncoast Region’s broadcasting industry.

“I’ve had the distinct honor and privilege of working side-by-side with Jose for over 30 years, and in all my years, I’ve never met a more devoted and conscientious individual than Jose”. Says Gene Talley, Senior Vice President of Engineering, “when Jose joined WPBT, South Florida PBS, he brought with him a wealth of knowledge and know-how that provided a strong base not only for him to grow but for the entire engineering team to grow as well. Jose is truly a selfless person and I’m proud to have him as part of our team and delighted that he’s being honored by NATAS for the Silver Circle Award”. 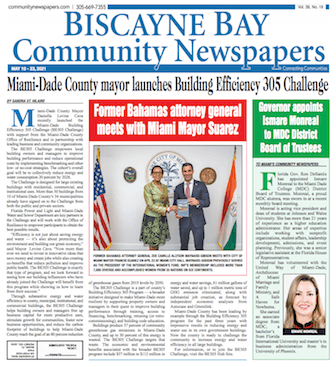