U.S. Century Bank (USCB) president and CEO, Luis de la Aguilera, was honored as “Turnaround CEO of the Year” at the Dade County Bar Association’s General Counsel and CEO Gala. The gala and award ceremony was held at the Hyatt Regency in Downtown Miami.

“It is extremely humbling to be recognized alongside these distinguished business and community leaders. Our USCB team has worked hard to become our clients’ first choice and trusted provider of financial products and services. I look forward to continued success as we execute our clear vision for the bank’s future,” said de la Aguilera.

De la Aguilera was appointed president and CEO of U.S. Century Bank in December 2015. Since his appointment, de la Aguilera and his team have taken USCB from a “problematic” two-star Bauer Financial rating to a four-star rated bank in “excellent” financial health. Net income for the final quarter of 2017 marked the Bank’s seventh consecutive profitable quarter, with a more than $24 million increase in net income and almost $14 million decrease in non-performing assets when compared to 2016 year-end.

Established in 2002, U.S. Century Bank is one of the largest community banks headquartered in Miami, and one of the leading Hispanic-owned community banks in the state, with assets of almost $1 billion. Through its network of 13 branch locations and its online banking platform, it offers customers a wide range of financial products and services. U.S. Century Bank has received awards and accolades from numerous organizations for its philanthropic support and leadership, including the Beacon Council, Greater Miami Chamber of Commerce, South Florida Hispanic Chamber of Commerce, Latin Builders Association, March of Dimes and others. For more information or to locate a U.S. Century branch near you, please call (305) 715-5200 or visit www.uscentury.com. 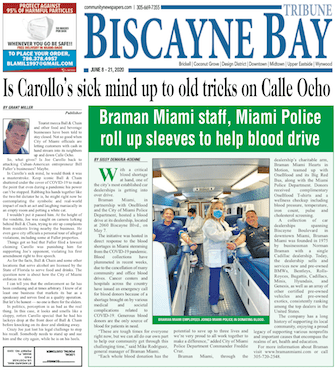