Garcia replaces Matthew Becherer, who had served as the Speedway’s president since December 2009. Becherer will now hold the role of vice president of Consumer Sales for ISC at the company’s Daytona Beach headquarters.

“I am honored and humbled by this tremendous opportunity,” Garcia said. “My dedication to Homestead-Miami Speedway and love for the South Florida community are things that have made working here the past 25 years as rewarding as what they have been.

Having had the chance to be a part of the rebuilding of Homestead following Hurricane Andrew, being able to continue my career at this level has always been a dream of mine,” Garcia added. “I feel as though I have had many great mentors along the way who have prepared me well for this role. I am fortunate to have been able to turn a passion into a profession for almost 35 years, and I am excited to lead a great team of people at Homestead-Miami Speedway.”

In his new role, Garcia will report to ISC COO Joie Chitwood III and oversee promotion and operation of Homestead-Miami Speedway beginning with its 2019 Ford Championship Weekend in November, marking 18 straight years the facility has hosted NASCAR’s championship races in all three of its national series. Next year will commemorate the 25th anniversary of Homestead-Miami Speedway and Garcia’s team will host NASCAR’s three national series on new spring dates, Mar. 20-22, 2020.

“This is a well-deserved promotion for Al and something he has prepared for his entire professional career,” Chitwood said. “Not only does he bring extensive industry and company knowledge to this position, but more importantly a great deal of leadership to the Homestead-Miami Speedway team. He is an outstanding ambassador for motorsports, not just in the Miami area, but nationally as well. Al is someone who possesses an extraordinary amount of passion and energy, and he is the perfect fit for this role.”

A native of Miami where he graduated from Columbus High School, Garcia began his motorsports career with the Miami Grand Prix in 1985, working for Homestead-Miami Speedway founder Ralph Sanchez. Since that time, Garcia has become synonymous with motorsports in South Florida. He has served in myriad roles during his tenure, and was instrumental in the evolution of races in the streets of downtown Miami, Tamiami Park and ultimately Homestead-Miami Speedway in 1995. His institutional expertise has also been utilized at various other tracks both nationally and internationally, across multiple racing disciplines.

As an original member of the Homestead-Miami Speedway staff, Garcia helped to manage not just the construction of the original facility, which started in August 1993 and was completed in November 1995, but also more than $100 million of capital improvement projects since the facility’s opening. This has consisted of multiple track re-configurations as well as the addition of lights, a new media center and the Champions Club, the track’s premier premium hospitality area. Garcia also oversees all of the track rentals, which represents approximately 300 days of the year. In addition to his operational oversight, Garcia has played a pivotal role in the facility’s governmental affairs and lobbying efforts. 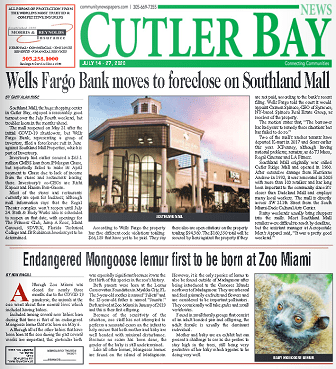