This institute consisted of high school Students Against Violence Everywhere Promise Clubs (SAVE) members from across the country. Serving on the National SAVE Youth Advisory Board takes many hours of service during the school year. On average, most members contribute over 300 hours of time with work for the YAB, work with their club, and individual projects or presentations. Serving as a member of this prestigious and select group requires commitment, dedication, and sacrifice of time and often other organizational events.

Kristina Alzugaray attended Cutler Bay Middle School, as a part of the COAST Magnet Program. At Cutler Bay Senior High she is in the iPrep Academy. She is president of her SAVE Promise Club and implemented the No One Eats Alone and Start With Hello programs. Kristina also served as the Student Government Association’s Sophomore Class president.

In 2016, she joined the STAND Club in hopes of serving her community and improving it as well. She continues to show compassion and leadership throughout her years in high school and hopes to create a successful future for herself and her family. In memory of the Marjory Stoneman Douglas Remembrance activities, Kristina participated in an assembly with panelists Mayor Peggy Bell, Sandy Hook Representative Blair Freedman, and Officer Chris Reid.

Kristina shared that the most rewarding activity that her SAVE Promise Club participated in was Say Something. She has seen a lot of verbal bullying that people think is funny. Kristina shared that, “When people say ‘go kill yourself’ as a joke, I think that’s wrong.” Anytime she hears that phrase, she will tell the person saying it to stop. She tells them it is wrong and phrases like that bring people down. Kristina encourages them to lift each other up and make each other smile. As a Youth Advisory Board member, she hopes to prevent the spread of any negativity or harm such as depression, violence, and suicide.

Kristina has received many awards for her outstanding performance in different academic classes, having been on the Principal’s Honor Roll with a 4.0 unweighted Grade Point Average throughout her high school career. 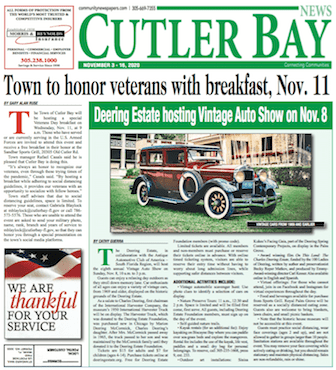