U.S. Sailors are some of the most highly trained people on the planet, according to Navy officials, and this training requires highly dedicated recruit division commanders.

Petty Officer First Class Ana Marrerosuarez, a native of Miami Beach, Florida, is a recruit division commander at RTC, who trains and mentors the future of the fleet.

“I enjoy the impact I’m making on them and seeing them accomplish their goals,” Marrerosuarez said. “They acquire new confidence and skills, and I get to see first-hand their transformation from civilians to Sailors.”

RDCs are highly qualified, fleet sailors, specially selected for their leadership and teaching abilities to mold tomorrow’s Sailors. They must represent and teach Navy tradition, customs and discipline and be intimately familiar with instructional techniques, principles of leadership and administrative procedures.

In order to become an RDC, they must pass a highly rigorous, 13-week course of instruction, which takes place at RTC.

Marrerosuarez, a 2007 graduate of Fernando Aguado Y Rico High School, credits success as a RDC to many of the lessons learned growing up in Miami Beach.

“I learned the importance of discipline, being obedient and listening for advice,” Marrerosuarez said. “These traits have helped me excel in my naval career.”

In 1994, RTC Great Lakes became the Navy’s only recruit training facility. The mission of RTC is to transform civilians into smartly disciplined, physically fit, basically trained Sailors who are ready for follow-on training and service to the fleet while instilling in them the highest standards of Honor, Courage, and Commitment.

Recruit training involves a change in the mental and physical capacity of the new recruit, according Navy officials. From the first day at RTC through graduation day when new Sailors board the bus to depart, recruits find themselves in a whirl of activity. Every recruit entering the Navy today will remember RTC as their introduction to Navy life.

Boot camp is approximately eight weeks and all enlistees into the U.S. Navy begin their careers at the command. Their basic training curriculum is comprised of five core competencies: firefighting & damage control, seamanship, watch standing, and physical fitness. Through a hands-on learning approach, recruits “train how they fight” and receive critical warfighting skills during the Sailor development process. The command consists of more than 1,100 staff members, with an average of 6,000 recruits in training at any time.

“Our priorities center on people, capabilities and processes, and will be achieved by our focus on speed, value, results and partnerships,” said Secretary of the Navy Richard V. Spencer. “Readiness, lethality and modernization are the requirements driving these priorities.”

Though there are many ways for Sailors to earn distinction in their command, community and career, Marrerosuarez is most proud of being part of her ship’s humanitarian outreach for victims of Hurricane Sandy in New York.

“Helping those civilians and seeing the gratitude on their faces made all our sacrifices worth it,” Marrerosuarez said. “I love helping people and that’s why I joined the Navy, to help my country.”

As a member of one of the U.S. Navy’s most relied-upon assets, Marrerosuarez and other RDCs know they are part of a legacy that will last beyond their lifetimes providing the Navy the nation needs.

“Serving in the Navy means everything,” Marrerosuarez said. “Being in the Navy has made me who I am today, and it’s about knowing that I can make a diffierence and help others.” 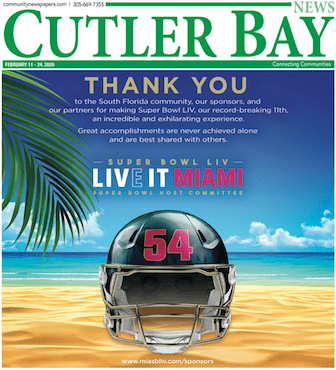