The Miami Dade County Commission took a vote on Aug. 30 on whether to extend rail service south of the Dadeland South Metrorail station to Homestead and possibly beyond. In a 15-7 vote of the Miami Dade Transportation Planning Organization it was decided to use Bus Rapid Transit (BRT) instead of rail.

“I am terribly disappointed in the outcome of today’s TPO meeting. Residents clearly voted for rail when they supported the half-penny tax and rail is what we should be delivering to South Dade. But, unfortunately, the county administration embarked on a campaign of dividing the TPO members after we had worked so hard to remain unified in our efforts to move the SMART plan forward with all six corridors weighted equally.

“By misrepresenting the local cost and insisting that we must pick one transit option now for South Dade, the TPO was pushed to choose ‘fast’ over smart. I proposed a motion to choose Metrorail-at-grade as the Locally Preferred Alternative for South Dade, but broken into phases where the first phase would have been the eight-mile stretch to SW 112th Avenue, with BRT only an interim step until we were ready to advance the rail construction.”

“After personally advocating over a decade for Metrorail to be extended to South Dade, initially having a unified five member mayor’s coalition from South Dade, along with state representatives and many community leaders and residents, all believing in the rail being the best option, the creation of the Smart Plan and the promise of a fair study, I can clearly state I am most disappointed in the recent TPO decision to pick bus over rail for South Dade.

“I fail to understand how the members of the TPO, comprised of county commissioners and mayors of cities with at least 50,000 residents (Cutler Bay has 45,000 residents) could make such a shortsighted decision and give South Dade the least desirable solution. Many smaller cities throughout the country, with less resources, have chosen rail, knowing the ridership will increase and the economic growth in the area near rail will greatly benefit.

“Our residents are suffering from a lack of good paying jobs and must commute long hours to feed their families. I thank those who voted for rail, bravely and properly understanding what positively affects us will be the best interests of the county overall.

Mayor Eugene Flinn of the Village of Palmetto Bay had a similar reaction but believes the vote is not a final decision.

“The TPO vote was a delay, not denial of our efforts to obtain rail. Many will recall the long fight for Palmetto Bay’s incorporation — the delays and many adverse votes, including a moratorium lasting many years. This latest TPO vote was geared toward applying for a Federal Grant that was limited to BRT. I believe they tried to tailor their request to a grant for which they are applying. It is uncertain as to whether this grant will be received. In the meantime, Palmetto Bay and Cutler Bay are doubling down on our efforts for longterm rail transit.

“I want to thank Mayor Peggy Bell and the Cutler Bay Town Council for standing together with Palmetto Bay on this critical effort. Mayor Bell and I represented our two municipalities at this vote. I am certainly disappointed in the 15-7 vote by the Miami-Dade Transportation Planning Organization (TPO) meeting, but it is important to note that the vote is not ‘final’ to anything.

“Our fellow South Dade taxpayers have been paying many years in advance for rail, through the half-cent sales tax. Residents clearly voted for rail when they supported the half-penny tax, and rail is what Miami-Dade County should be delivering to South Dade.”

Joseph Corradino, Mayor of the Village of Pinecrest and also president of The Corradino Group, a traffic consulting firm that has done work for the county and many area cities, had a different view.

“I think the vote was the right thing to do. The studies have shown again that we lack the ridership, density and money to support rail. This was originally shown over 12 years ago, but ignored, setting us back further. If selected, that alternative would have taken more than a decade to build if it was built at all, and would have provided no relief for that time. To ignore the facts again would have amounted to political malpractice. We can’t keep compounding the bad decisions of the past.

“We are thankful that the TPO was rational and reasonable in its deliberations and vote. This decision enables us to have transit relief in the shortest timeframe possible. It’s not what some want, but it’s what we need and it’s the best answer.” 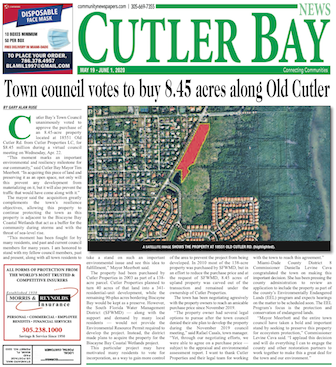 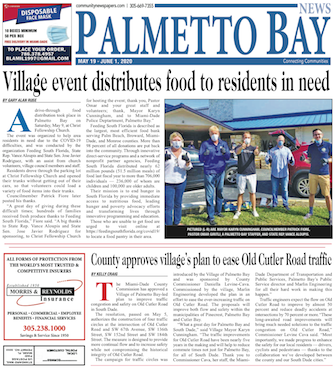