When Jim Mandich took the field on November 22, 1969 to face Michigan’s fierce rival Ohio State, he was already a well known athlete. An All-American on the field and academically and captain of the Wolverine team, he was concluding his college football career that day in front of 105,000 spectators. What occurred over the next three hours shocked the football world as Michigan — a 15 point underdog playing an unbeaten team lauded as invincible—ended the Buckeyes 22 game winning streak with an historic 24-12 upset. Mandich – as he was to do so often in his life — rose to the occasion. He played a strong game and was carried off the field by his teammates.

Miami and South Florida sports fans quickly become acquainted with number 88. But it wasn’t just for football. He had a stellar career as a businessman and radio broadcaster and along the way picked up the nickname “Mad Dog.”

This future College Hall of Fame player was raised in northeast Ohio, a hotbed for football in the state. His Yugoslavian born father operated Emil’s Bar where the son worked after school. At Solon High on the outskirts of Cleveland, Jim starred in no less than four sports. The basketball team, led by the rugged Mandich, was undefeated until the very last game of the season, and were referred to in newspaper headlines as “Solon – No Loss.”

Mandich’s fame as a pro football player paralleled Don Shula’s ascension as the head coach of the team in 1970. Before you knew it, the lowly Dolphins were a winning team, as the celebrated coach led them to the playoffs, Super Bowls and then two straight pro football titles in ’72 and ’73. In the process the 1972 team had a perfect 17-0 record; no team in pro football has done it before or since. Mandich played in four Super Bowls – winning three – including his last one for the ’78 Pittsburgh Steelers. He was a fierce competitor (hence the Mad Dog monicker) who played on special teams and had “true hands, as his son Nick recalled.

After football, Jim tried several businesses and as he confessed on his radio talk show, “I was on the verge of failure several times.” He tried the trucking business and other ventures before landing with Lotspeich Construction as a project manager, eventually working his way up to part owner. While at Lotspeich, the tireless Mad Dog then started several other companies that ended up doing very well. As his business career thrived, Mandich hosted popular sports talk shows on WIOD, WQAM and TV channel 39 and 10.

He took over the boarded up Ziggy’s Restaurant in Islamorada, rebranding it as Ziggy’s and Mad Dog. Featuring their renown yellow tail, it became a popular spot again before the Mandich family sold it.

The old Dolphin was a big hit as a broadcaster, standing out as an ex-jock who could explain things clearly and take on controversy. He even confronted team owner Wayne Huizenga during a game broadcast, challenging him on the unsatisfactory playing conditions at the team’s home’s stadium. Mandich’s sense of humor was off beat and right on the mark. As the the Mad Dog used to say, “Try these on for size.”

“ … a stench of cow manure hangs over this performance by the Dolphins” – Mandich on an embarrassing home loss to the 49’ers.

“ … pretty well whored up.” – Mad Dog displeasure about a broadcasting with too many advertisers.

Mandich also commented on life at home with Mrs. Mad Dog (Bonnie) –their sex life, that is: “She fakes orgasms, and I fake foreplay.”

Jim Mandich’s business enterprises are still thriving and so are the charities that he and his three sons, Michael, Mark and Nick, have operated. The Mad Dog Mandich Dolphin Cancer Challenge golf tournament and the annual Cancer Challenge Fishing Classic have raised hundreds of thousands of dollars for cancer research.

The Mad Dog passed away in 2011 from bio duct cancer. Bonnie Mandich, an accomplished horsewoman, died in 2015. The family is life long Miami Lakes residents and the sons operate The Mandich Group, a private equity firm specializing in commercial property development.

Nick Mandich remembers his dad as a “real people person — someone who always wanted to help others”. For me, he had that regular guy persona which came across famously during his broadcasts. Coming from a Buckeye to a Wolverine, that’s a heckuva compliment. 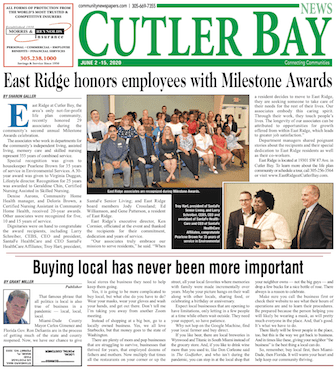