After over 25 years of dormancy, Miami will finally see the light that Japanese-American artist Isamu Noguchi created as a beacon of the new world thanks to Miami’s farming community in Redland. The return of the green laser light, coined the Locavore Laser for Super Bowl Live, will emanate from the 90′ Noguchi Light Tower at Bayfront Park to light up Miami beginning January 25, welcoming the arriving guests. This homage to Noguchi is being led by Rodney Barreto, Taste of Redland, HistoryMiami Museum and Baptist Health South Florida to revive the artist’s work and symbolically celebrate Miami’s Locavore Movement, local agriculture, sustainability, and Super Bowl 54. Noguchi is revered as one of the twentieth century’s most important and critically acclaimed sculptors and landscape architects in the world and chose Miami as the site for some of his final monumental works.

During the Super Bowl Live event in Bayfront Park, Noguchi’s Light Tower will be coined the Locavore Laser. The beams will spread out into visual lines of row crops and fan out for miles on the horizon, bringing awareness to the importance of Miami’s historic Redland farming community and Noguchi’s vision for the park. “Since Locavore means one who eats food grown locally whenever possible, supporting local agriculture and the entire Locavore movement means supporting health and wellness in our communities. We believe in Noguchi’s work and are grateful to support relighting the laser,” stated Bill Duquette, CEO of Baptist Health’s South Miami Hospital. Many don’t realize the Miami-Dade agricultural community is one of the largest employers and economic engines in the county and only second to tourism in the State of Florida. Just beneath the beam at the base of the Locavore Laser during the Super Bowl Live festivities, visitors will find Florida’s finest farm-fresh local avocados, fresh-picked strawberries, tomatoes, oranges and local fare.

“I’ve read that Noguchi’s work is a direct comment on humans’ relationship to nature and represents a passionate plea for awareness and responsibility. It’s a timely lesson his art reminds us of as we look to responsibly preserve and create awareness about our precious farmland in Redland. Noguchi probably would have loved to see this fusion of art and agriculture, as we shine a brighter light on his important work and the fast-growing Locavore Movement in Miami,” stated Michael Huter, Founder of Taste of Redland.

Noguchi redesigned Bayfront Park in late ‘80s as a 28-acre monumental sculpture to include the Laser Light Tower, Sea Fountain, Challenger Memorial, Slide Mantra, The Promenade and overall landscape of the park. As one of Noguchi’s final works of art, it is believed he envisioned the park as a village green in the midst of urban sprawl, an open area preserving nature, while providing a welcoming gathering place meant for celebration.

“Beyond the reach of industrially realizable design or architecturally applied sculpture was, I felt, a larger, more fundamentally sculptural purpose for sculpture, a more direct expression of man’s relation to earth and his environment.” — Isamu Noguchi, 1968

Kitty Roedel and Mayor Maurice Ferre were some of the creative forces behind bringing Noguchi to Miami in the early ‘80s. Roedel recalled Noguchi stating Bayfront Park was possibly the most significant project of his career. According to Tom Harmon of LaserNet, “I consulted with Noguchi over 30 years ago on the laser tower. It’s an honor to light the tower once again. It’s a historic show for Miami and all the guests arriving for Super Bowl 54.” The laser tower was refitted with newer equipment in the mid-90s, then ran for a short period and has remained dark ever since. After the refit, Harmon put the original lens assembly on a shelf in their shop and forgot about it; now it’s being dusted off and donated to HistoryMiami Museum’s collection of important artifacts.
_____________________________________________________________

Celebrate the convergence of art and the farming community of Redland, as you look to the skies during the evenings of Super Bowl Live. The beams will emanate from Noguchi’s Light Tower at Bayfront Park from Saturday, January 25 to Satruday, February 1, 2020. The project was supported and realized by Rodney Barreto, HistoryMiami Museum, Taste of Redland, Unity Groves, Baptist Health South Florida’s Grow2Heal Program and Tom Harmon of LaserNet. 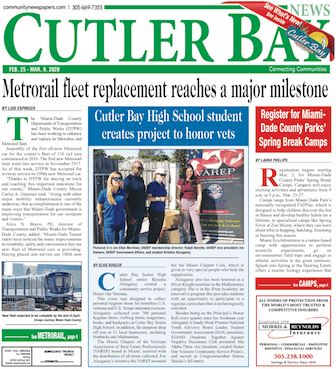