Announcement of the massive relocation of the international broadcasting firm and its affiliates to a new build-to-suite 450,000 square foot facility at 12200 NW 25 St. in the Beacon Lakes District was announced at a Feb. 9 news conference.

The site for the massive complex will front on the southwest corner of NW 25 St. and extend south along the Turnpike right-of-way.

The media center, termed “one of the largest investments of broadcast facilities in South Florida,” is expected to house up to 1,300 employees according to a forecast by corporate executives. Located in an area just west of Florida Turnpike and the Ikea Store at Dolphin Mall, the building will include an additional 100,000 square feet of warehouse space.

International Group said, “Miami boasts the talent and capacity to be a thought leader in the arena of media.

“But over many years, the city has also created a community of very talented creators and programmers, and talent in front and behind the camera. Those two dynamics allow us to be successful,” he said at the conference.

Telemundo NBC Universal was acquired by Comcast Corp. in 2013 for $16.7 billion and has been reported to have invested heavily in Telemundo whose network reaches 94 percent of Hispanic TV households.

The new facility is anticipated to be fully operational when Telemundo makes its first broadcast of the FIFA World Cup in the summer of 2018. 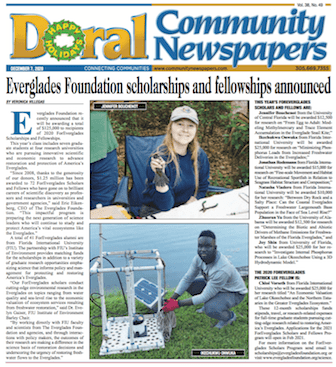