It goes without saying that Valentine’s Day is the most romantic day of the year – a time to show that special someone just how much they mean to you. Most often, it comes down to a beautiful little moment on this one special day, perfectly accentuated with a breathtaking bouquet of long-stem roses.

And then it is done. Mission accomplished – for the thousands of people behind the scenes, as well, who toiled for weeks to ensure this exact moment goes without a hitch.

People like as the dedicated employees at Prime Fresh Handling and PrimeAir, two divisions of Doral-based Prime Group that provides handling, shipment by air, and distribution of perishables such as fresh-cut flowers to wholesalers and retailers.

For them, however, the biggest moment all year was a 17-day stretch of time, from Jan. 20 to Feb. 7. It’s that small window during which they tap into their years of experience to expertly manage the myriad logistical details involved moving millions of pounds of Valentine’s Day flowers from source country to florist – just in time for Feb. 14.

Valentine’s Day is big business. There’s no question about it. And the role these workers play is crucial in supporting the every-growing world demand for fresh flowers. Valentine’s Day sales for 2020 is expected to reach $27.4 billion in the U.S. alone – an increase of $6.7 billion dollars in sales from 2019.

So how did the numbers stack up for PrimeAir and Prime Fresh Handling? According to South American Regional Sales Director Jose Luis Suarez, one of the primary indicators is the volume of shipments coming out Bogota, Colombia – the rose capital of the world and primary supplier into the Valentine’s Day market in the U.S. In terms of tonnage, he says the Prime team saw an increase of 15 percent into Miami.

A Lot of Rose Petals

“On any given week, we operate about six cargo flights per week from Bogota, but in order to meet the heightened demand, we had to significantly boost capacity leading up to Valentine’s Day. Over this peak 17-day period, we were been carrying literally triple the volume we normally handle, with about 48 total flights,” he added.

That amounts to three B747s flights per day carrying 100,000 kilos of crated flowers per flight – the equivalent of more than 100 tons!

“And that’s just what we were handling. Considering that multiple other handlers and carriers were also putting in extra capacity to handle the enormous demand over this same time period,” Suarez added, “that’s a lot of rose petals!

Projections out of Quito, Ecuador, Prime Group’s original base of operations were equally impressive. According to the Expoflores, the National Association of Producers and Exporters of Flowers of Ecuador, air shipment of flowers during this same period, Jan. 20 – Feb. 8, were also up year-over-year, by six percent to the U.S., nine percent to Europe and Russia, and 20 percent to “other” locations.

On the Horizon
Ecuadorean flowers primarily go to supply Europe demand, with PrimeAir operating two extra flights to Amsterdam for the Valentine’s period and four extra flights in advance of International Women’s Day, coming up in March.

The peak period for Women’s Day is Feb. 16-28. After that, shippers get a break until Mother’s Day, May 12, which means after a short rest, the industry will again be super busy between the last week of April and May 4.

Well in excess of 20 million flowers from Colombia and Ecuador are planned be cut, gathered, and shipped during the 2020 Valentine’s Day/Women’s Day season.

About PrimeAir
Since 2001, PrimeAir has been providing the Generals Sales & Service Agent (GSSA) services in Latin America to the biggest players in the air cargo industry – like Atlas Air and Emirates SkyCargo, just to name a few. Closely supervising the action on the ground in Ecuador and Colombia, Prime Air’s team there has decades of experience handling perishables that make up a significant portion of the market. They benefit from being part of the Prime Group, a network of coordinated cargo and freight specialists with offices and representatives worldwide, is making cargo services, operations, handling, and accounting easy and reliable for airlines working across the globe.

About Prime Fresh Handling
Prime Fresh Handling strives to be a strategic ally for its clients by taking care of all the logistics needs – from start to finish – in order to achieve safe and fresh delivery of perishable goods to their final destination. At Prime Fresh Handling, warehouses and handling facilities they offer a complete menu of logistics services from creating and packaging, and cold storage and inventory services, to document processing and customs clearance. PFH has offices located not just in Bogota and Quito but also in Miami, Los Angeles, New York, and Amsterdam – all key gateways for the fresh-cut flower industry. 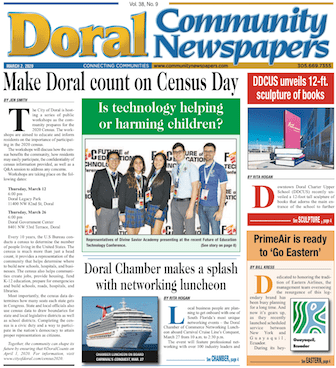