He went to one person he knew he can trust to increase sales – his fresh out of college 21-year-old son Michael Garcia, who already assisted his father with a distribution company he owned in Venezuela.

According to Michael, the dealership had the same general manager in place for 20 years. “It was underperforming because everyone was comfortable. But my dad was an active owner. He had bigger fish to fry. That’s when I took over, in 2012 fresh out of school, right when Venezuela was getting into political turmoil and he didn’t want me traveling over there. He told me to get into the dealership. He told me that’ll learn along the way. “

Ocean Mazda went from selling 40 cars a month to 300 today. In the past two years, the dealership has finished fifth in the country selling Mazda vehicles.

Michael, 29, who now serves as president of Ocean Mazda, envisioned himself working for the distribution company in Venezuela – but fresh from obtaining a degree in business administration from Florida International University, his father knew he would be prefect for the role. His two sisters also work with him.

“To inherit something you typically start from the bottom and work your way up, but my dad was old school. He was like, ‘it’s not about the title, it’s about the efforts and setting an example’,” he said. “He was hard on me and had big expectations. He gave me the power to bring my opinion, of course. If I failed, he supported me, and if it worked, then that was fine.”

Ocean Mazda has been situated in Doral since 2003. But the dealership started 30 years ago near Miami International Airport.

Cerafin originally teamed up with a partner to open the pre-owned dealership. He later was offered a Mazda franchise. Since then, Ocean Mazda has been thrilled to be an integral part of the community.

“The community is growing,” he said. “I love what they are doing with Downtown Doral and at CityPlace Doral. The city is growing. I am proud to be in Doral.”

The five-acre dealership sells new and pre-owned cars and has about 600 automobiles in inventory. There is new shipment every week and is now expanding with the addition of Ocean Auto Club, a boutique showroom of luxury cars.

The dealership has customers locally, nationally, and internationally, and caters to celebrities such as former New York Yankees Alex Rodriguez and actress Jennifer Lopez.

Michael says that when he took over, he focused on establishing a culture of catering to the customer.

“Buying a car today is not like buying a car before,” he said. “The auto industry is in a disruptive time because at times the customers know more than the sellers because the research online. It used to be that the customer would visit two or four dealers before purchasing a car now it’s about 1.2. We don’t have a pushy approach. We don’t have that old school ‘you need to buy now mentality’. We are sales consultants. We can help guide you if you are between cars.”

And the culture establishment has been a success so much so that Ocean Mazda will be opening a new dealership in West Kendall soon.

“We are a family business and want to extend that to our customers,” he said. “Even after you buy the car you can reach out to us.” 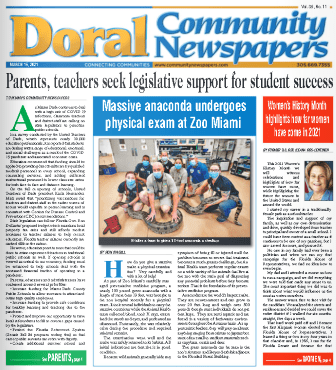