Miami Christian accomplished a repeat and won the State Championship Title in Baseball for a second year in a row. After a successful season both individually and as a team, the players not only won as District, Regional and State Champions, but a dozen of those seniors will be attending colleges/universities on scholarship. Kudos to Coach Chris Cuadra and the team on a great year.

On the academic front, the third grade class concluded its study of communities around the world, during which they covered South Africa in creative way bringing MCS librarian Mrs. Zanon as their guest speaker. Zanon, who has made several trips to South Africa, has close friends there and set up a Skype session with her friend, Tarryn, who is a kindergarten teacher in Capetown, South Africa. The students were able to converse in live time creating a great experience for all. 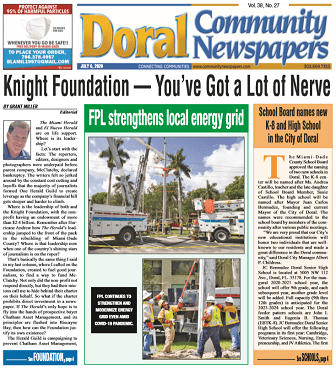