The 63rd Annual beauty pageant hosts 88 women from their respective countries all duking it out to see whom judges deem the prettiest outside and in.

Most events have been taking place on location at various businesses and at the Trump National Doral Miami, a luxury hotel hosting the contestants and various activities prior to the main contest – hosted January 25th​ at FIU’s US Century Bank Arena.

The FIU arena was also venue for the preliminary competition Wednesday night, hosted by TV personality Roxanne Vargas and current Miss Universe Gabriela Isler, ​from Venezuela. Like the main event, preliminaries were judged by a selection of high-profile authorities on fashion and entertainment.

Each contender displayed swimwear and evening gowns, and answered questions submitted by audience members both present and online. The preliminaries determine which 15 Miss Universe contestants will move on to the final round, with winners being revealed on the day of the contest.

Last night also featured a “national costume” display: for example a beauty-queen take on the Buckingham Palace uniform for Grace Levy of Great Britain, or a hockey stick-covered Chanel Beckenlehner from Canada. The ostentatious costumes stole the night with their bright colors and ingenious design.

With events having started on January 8, already a number of jaw-dropping showcases have taken place – along with a dose of controversy: On the international stage Lebanon and Israel have long had issues keeping the peace, which is why a stir was caused when Saly Greige from Lebanon posted a selfie of herself along with Israeli Doron Matalon. In the aftermath, Saly Greige chose awkward words when explaining the incident. She claimed to have been photo-bombed by Miss Isreal.

Palmetto General Hospital Names Physician of the Month for June 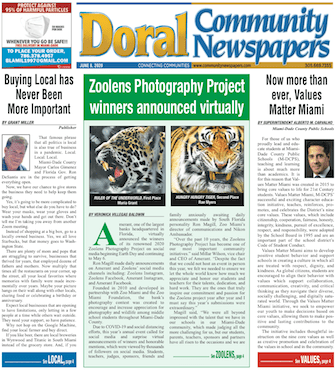