Nearly 3,000 purple-clad people gathered last year in Miami for the annual Alzheimer’s Association Walk to End Alzheimer’s. This year, on Nov. 16, they will congregate once more to present a united front against Alzheimer’s disease.

On Walk day, participants will honor those affected by Alzheimer’s disease with “promise flowers” during the poignant Promise Garden Ceremony – a moving display of hope to represent the personal reasons participants join the fight to end Alzheimer’s.

For event chair Humberto Comellas, that reason is his motherin-law, who lost her battle with the disease in 2016.

“I walk for Ileana ‘Nana’ Merino,” Comellas noted, “and so that someday soon, others will not have to endure what our family had to.” The Miami-Dade Walk to End Alzheimer’s, presented by Catholic Health Services, will take place Saturday, Nov. 16, at Maurice A. Ferré Park in Miami. Registration will begin at 8 a.m., with the ceremony to start at 9 a.m. and the Walk to follow at 9:30. 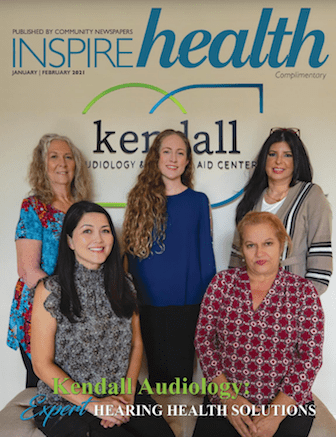