For the first time in 17 years of coaching within the Miami Palmetto High School baseball program, current head coach Danny Smith had some positive words to say about his team before the upcoming season.

“Normally, I always say that we are not very good during winter,” Smith said. “I do that because I don’t want people to know what type of team we are going to have, and I don’t want to get people’s hopes up too high, but for the first time in 17 years with the program, I can confidently say we are a very good team.”

Smith is a six-year coach hoping to lead the Palmetto Panthers to a third consecutive winning season. The District 16-9A team expects to mesh experience with fresh faces to make a playoff push.

New Additions/Transfers
Smith’s optimism is due in part to the six new kids from three different high schools joining 11 current seniors on the roster.

Sheeder was second on Reef’s roster with two wins and 22 strikeouts last season. Deegan had a .369 batting average, and Arteaga recorded a .394 on-base percentage last year with 16 RBI. Schweiber was 6-4 with a 2.52 ERA and 100 strikeouts.

“They are a great addition to an already great team,” Smith said. “This is one of the best falls we have had because of the quality of baseball players on this team.”
Offense

He has improved dramatically from last year because of his work ethic and hit about .500 during fall ball, according to Smith.

“This year, I know we are going to hit,” Smith said. “I am not relying on one or two guys to hit. I am relying on five or six.”

Smith said, in 2016 the Palmetto offense averaged about 27 at-bats out of a minimum 21 at-bats per game, which amounts to six additional at bats per game. Although the team won 13 games last season, Smith wants to see that average closer to 36 at-bats per game.
Pitching

Smith expects left-handed senior Matt Turner to build upon his 4-2 record and 2.22 ERA last year, and senior Nick Labrada to keep the team energized throughout the long season.

“Nick is the guy that riles them up,” Smith said. “He’s the one who gets them going and cheering.”
Closing statements

However, an energetic and experienced roster is not what Smith finds important to coach. It’s the players’ character and work ethic that he finds notable.

“When you have good people, not players, they are easy to coach,” Smith said. “In years past, it seemed like the players had a race out of the parking lot. This year, guys are working out on their own, and we are having to kick them off the field.”

Heading into the 2017 season, Smith does want his team to make one adjustment or change: take it easy.

“I would like for my guys to relax before the season because I can’t get them to stop working out and conditioning,” Smith said. “I tell them to sit at home and when they relax to visualize themselves hitting a double, getting that big hit, winning a big game, celebrating with their teammates. If they do that, they will have a successful season.” 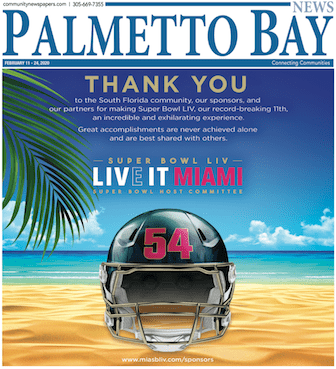