I’ve written at length about South Miami Philip Stoddard’s travails in getting — and keeping — a lawyer to help him in his myriad of legal problems.  If he were paying for it out of his own pocket, he could hire F. Lee Bailey (if he wasn’t disbarred) for all I care. But Phil has a habit of dipping into the City’s bank account to fund his barristers.  And that makes it our business.

Phil was sued by Lt. Jose Lopez for defamation when he smeared Lopez in his private blog.  The whole thing started when Phil was naked with his tween daughter and a Russian exchange student and Lopez and former Chief Orlando Martinez de Castro wouldn’t cover for Phil. Phil called upon the City’s insurance policy to cover the cost of his defense, with the City paying a huge deductible. Ultimately, the case was settled for a healthy six figures.

Then there were two cases that Chief Martinez brought for wrongful termination and for libel.  Phil called upon the City’s insurance to cover his legal fees. Again, after paying a huge deductible, the City’s insurer assigned a lawyer from its on-call roster.  The case about the Chief’s firing went to trial. The City and Phil lost. The City appealed. It lost. Ultimately, the case came back to the trial court. With attorneys’ fees and costs, the City and its insurer had to pay out about $1.5 million.  The libel case is still pending.

But the tale of Phil’s attorney problems gets even more twisted.

In January 2018, Stephen Cody attempted to speak at a City Commission meeting, but Phil turned off the microphone. Phil claimed Cody was a lobbyist because he was the head of PAC that opposed his reelection. But Cody wasn’t there to talk about the election. He wanted to speak about how the City’s loss in the Martinez lawsuit was going to cost $1.5 million. Phil saw that as a threat to his reelection and shut him down, aided and abetted by City Attorney Thomas Pepe.

Cody filed a complaint with the Miami-Dade County Commission on Ethics and the Public Trust.  He went back to the Commission in February, again trying to talk about the cost of the Martinez lawsuit. Phil still wouldn’t let him speak.

Phil wanted to hire Benedict Kuehne, the lawyer who helped get former Miami Lakes Mayor Michael Pizzi off, and have the City pay for it. The City Commission first agreed, but with some confusion as to whether his fees would be capped at $5,000.  Phil made the mistake of participating in the debate and voting on the resolution, only withdrawing his vote when it was clear there were enough votes to let it pass.

That led to a second ethics complaint by Cody because Stoddard participated in and voted on something that would benefit him personally. Stoddard admitted he was unethical, and the Ethics Commission have him a slap on the wrist.

The City Commission took a revote on Kuehne’s fee without Stoddard and repealed the resolution. And it also passed a new resolution saying that the City would not pay for his lawyer. Phil was on his own as to his attorneys’ fees.

Or so we thought.

The Mayor made a claim on the City’s insurance policy once again.  A secret meeting was held with the Commissioners, Pepe, and City Manager Steve Alexander. Alexander told the Commissioners that he was going to write a $75,000 check for the deductible, even though the Commission said the City wasn’t going to fund his defense.

The catch? Kuehne had to submit a proposal to the insurance company and agree that the relatively low fee that they pay their regular counsel, who count on a volume of work, was reasonable.  For a guy like Ben Kuehne, it would have been hard for him to admit that a fee in the low hundreds was reasonable when he commands an hourly closer to $1,000 an hour.

So Kuehne dithered, doing a legal hokey-pokey.  He was in. He was out. The thought of saying a low hourly in writing was reasonable gave him pause to shake it all about.  Finally, Kuehne was out.

The tale gets even twistier.

I caught up with Cody to ask him what was going on the case and why it hadn’t gone to a hearing already. He filed his complaint 15 months ago.

“I got a call from Mike Murawski,” Cody told me over the phone. “He asked if I could come downtown to talk. That felt like when a girlfriend tells you, ‘We have to talk.’ Nothing good ever comes from that conversation.”

Cody told me he met with both Murawski and Jose Arrojo, the Ethics Commission’s new Executive Director, in Arrojo’s office on last Thursday. Murawski told Cody he took the depositions of Phil and Thomas Pepe. Kuehne was back in. (That raises the question of who is paying him and at what rate. And it raises the question of whether Steve Alexander stroked the $75,000 deductible check to the insurer against the wishes of the Commission.)

Murawski, who you can see was so gung-ho about going forward against Stoddard when Joe Centorino was the Executive Director, was now reluctant.  Arrojo and Murawski said they’d heard Phil’s side of the story and were no longer sure about the case.  They said that the Ethics Commission had never considered a case involving a violation of the Citizens’ Bill of Rights and didn’t know how this one would play out.

That’s probably because no public official has ever been so brazen about breaking the law.  And Cody has a history of making those in power very uncomfortable. As a young lawyer, he single-handedly won Voting Rights Act cases that brought single-member districts to both the County Commission and the School Board.  It took almost seven years, but Cody ended a lot of political careers by doing that, while making sure that every community had a voice. He’s not the type to give up.

Arrojo told Cody he’s inclined to have the Ethics Commission issue a broad opinion warning other officials not to do what Stoddard did. They’d recommend that Phil be allowed to get away with it this time.  It used to be that before a dog was considered dangerous, he was allowed one dog bite.  Arrojo and Murawski sounded like they’re about to give Phil one dog bite, too.

So what’s changed since Cody first made his complaint?  Ben Kuehne is back in the case. Joe Centorino, who was a bulldog when it came to corruption, retired and was replaced by Jose Arrojo.  Maybe Arrojo and Murawski are afraid that there aren’t enough votes to convict Stoddard and don’t want to take an hour or two to try a losing case.

It’s just as likely that they’re afraid that there will be enough votes to convict him. The City’s Charter says: “Any public official or employee who is found by the [Ethics] Commission to have willfully violated this article shall forthwith forfeit his office or employment.” That is something the people of South Miami voted to include in their Charter.  The Ethics Commission can’t remove Stoddard, but a finding of willfulness would automatically rip the gavel from Stoddard’s fingers.

If you read the probable cause memo, it is clear that Murawski, who’s been a lawyer for 26 years, felt strongly about Stoddard’s guilt in April 2018 and advocated going forward.  Old lawyers generally don’t do a 180 degree turn on their own.  Something caused the wind to shift.

Was it the reappearance of Phil’s hokey-pokey lawyer that has them spooked? Is it a change in the Executive Director’s office? Is it the chance that they might lose? Or is it the probability that they will win, and that Stoddard would be forced from office, that has them rattled?

The Commission on Ethics should finish what they started, take the case to a full hearing, and let the chips fall where they may.  To do otherwise will only confirm what many in the community already believe — that the Ethics Commission a toothless tiger.

It’s all roar and no bite. 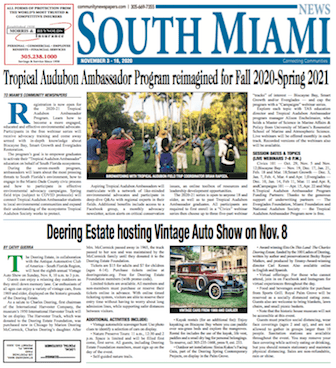