FIU’s commitment to research with real world impact has gotten a boost — a big one.

The Florida Congressional delegation has helped secure $24 million in research earmarks for the university. In addition, members of Congress were also successful at securing increases of over $40 million at the university’s request for critical research agencies that support FIU research initiatives.

Of the $64 million, approximately $40 million are associated with the Department of Defense, a critical agency and research area for the university’s College of Engineering and Computing.

Part of the recently passed 2023 fiscal year $1.7 trillion spending bill includes funding that will support FIU’s focus on addressing critical challenges related to environmental resilience, health, engineering, technology and innovation. Projects range from a way to revolutionize how cancer, Alzheimer’s and other diseases are detected, studied and treated — to an early alert monitoring system capable of detecting saltwater intrusion that can destroy coastal infrastructure, and more.

“Our world faces many challenges and needs solutions. FIU has always been here to answer that call,” said FIU President Kenneth A. Jessell. “We thank the Florida Congressional delegation for recognizing the ability of our researchers to find solutions and partnering with us to ensure our federal research funding is on the rise year after year.”

The impact of federal funding

Today, FIU is among the top 3% of universities in the nation classified by Carnegie as an R1 research university for “highest research activity.” FIU’s total research expenditures surpass $250 million annually.

Stavros Georgakopoulos knows the power and importance of federal funding. This FIU professor in the College of Engineering and Computing has received over $10 million to transform wireless and satellite communications from the Airforce Office of Science Research, one of the agencies that will receive an increase at the request of FIU.

Instead of bulky, traditional metal antennas, he developed foldable antenna systems that are lightweight, portable and can change shape. This patented technology can be used in Air Force and Department of Defense systems for aircraft and satellites. Private companies can use the technology as well, fostering stronger industry partnerships and job creation.

“FIU research is changing lives in South Florida, at the national level and on a global scale,” said FIU Interim Provost Elizabeth M. Bejar. “Our students are active participants in innovation and the technologies that will make them leaders in their fields.”

The recently passed spending bill also increases the maximum Pell Grant award by $500 to $7,395 for academic year 2023-2024 — the largest increase to the Pell maximum in more than a decade.

At FIU, nearly 50 percent of students are eligible for Pell Grants, and 50 percent of those recipients receive the maximum award, making this increase particularly impactful for South Florida students.

This is the second year that Members of Congress were able to request funding for community projects — or earmarks — with benefit to their districts. Five community projects were earmarked by members of the Florida Congressional delegation to allow FIU to build on its research: 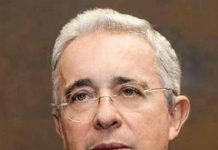 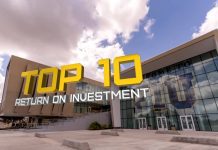 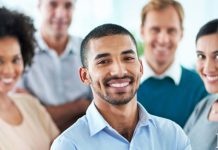