The race began at Coral Gables City Hall and included a Vendor Village, Kids Fun Zone and Kids Fun Run. To date, the MCHF5K has raised nearly $2.5 million for the children and families who depend on Nicklaus Children’s Hospital.

The top male finisher was Joshua Estrada with a winning time of 16:22, and Ana Cadreche was the top female finisher at 22:54. This year’s top FUNraising team was Nico’s Promise, which raised a total of $13,434, and the top fundraising individual was Carolina Exposito, who raised $4,540.

This year’s MCHF5K hero, 17-year-old cancer survivor Raquel, inspired participants before the start of the race and motivated the crowd to run for children like her. Raquel participated with her team “Oliver Forever Strong.” Raquel is in remission after receiving treatment at Nicklaus Children’s for acute lymphoblastic leukemia, the most common form of childhood cancer.

“This event is very important to connect with the community and increase awareness of Nicklaus Children’s Hospital’s pediatric subspecialties and cutting-edge research,” said Lucy Morillo, president and CEO of MCH Foundation. “We are so grateful to the athletes, families, hospital and foundation employees, volunteers and sponsors who worked so hard to make this race a success.” 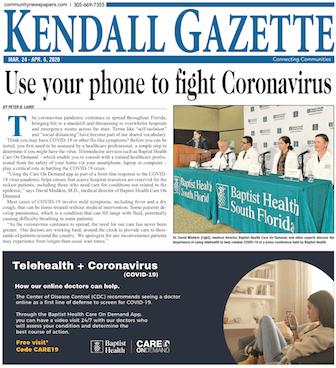