Plan to join Buffalo Wild Wings and Children’s Resources (CRF) on Friday, Apr. 5, at the Palmetto Bay Golf Course for a day of golf, prizes, food, drinks and philanthropy. Tee time is 9 a.m.

CRF is a 501(c)(3) non-profit pre-school and elementary program for children with developmental disabilities. Its mission is to provide educational and therapeutic services that enhance the learning potential and life skills of children with special needs, and provide support to their families, believing every child is entitled to lead safe and healthy lives predicated on personal development, human dignity and self direction.

Autism spectrum disorder (ASD) and autism are both general terms for a group of complex disorders of brain development.

ASD can be associated with intellectual disability, difficulties in motor coordination and attention and physical health issues such as sleep and gastrointestinal disturbances. Some persons with ASD excel in visual skills, music, math and art.

Did you know:
• Autism now affects 1 in 35 children and 1 in 15 boys;
• Autism prevalence figures are growing;
• Autism is the fastest-growing serious developmental disability in the U.S.;
• Autism costs a family $90,000 a year on average;
• Autism receives less than 5 percent of the research funding of many less prevalent childhood diseases;
• Boys are nearly five times more likely than girls to have autism, and
• There is no medical detection or cure for autism.

As autism is a disorder that affects all walks of life, for the people at Buffalo Wild Wings, the disorder hits close to home. One of the team/family members has a child who is dealing with the disorder.
Brayden Allen, son of Corey Allen, is a fun-loving, happy 12-year-old boy, who was diagnosed with autism at the age of 3. After Brayden was given his vaccinations at 18 months, he stopped talking and doing the things that 18-month-old children normally do. His parents began to notice that he didn’t always respond to his name right away or notice when he was being spoken to.

The doctors could not find any physical ailments, but his parents were concerned as to what was going on with their son. He was putting everything in order by colors or numbers, and only pointed at the things he wanted without speaking. Shortly after his third birthday, he was taken to a specialist and was immediately diagnosed with autism. Not knowing much about autism, his parents were scared about the future of their little boy and concerned that their whole world was about to change.

Brayden was sent to a special program at Blue Lakes Elementary. Within months of starting the program, Brayden was saying multiple words and phrases. He is now reading books, counting to 100, and is asking for things that he wants, which is an incredible leap forward. He now attends Children’s Resources where he is making great strides every day. Thankfully, they found the right program for Brayden, and he has become the most loving son any parent could ask for.

The golf tournament will be a four-person scramble with best ball play. Longest drive, closest to the pin, and a ton of raffle prizes are all part of the day. Of course, Buffalo Wild Wings food will be offered during and after play.

There are different levels of sponsorship, so choose the one that fits your team best. One hundred percent of proceeds will be donated to Children’s Resources where Brayden goes to school. Your contribution can make a difference in the lives of wonderful children like Brayden Allen. 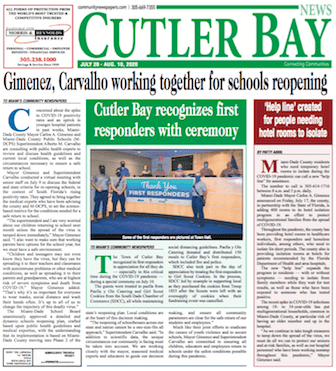