After a yearlong effort, a zoning request to expand a Winston Park Assisted Living Facility (ALF) was turned down by a 6-0 vote of Community Council 11 on July 14. A crowd of more than 250 residents attended.

“This was a great opportunity for the community to join together for a single goal,” said Miles Moss, Winston Park HOA president, who led its board of directors during a six-month effort to oppose the Medina Enterprises’ application that would alter the property within a neighborhood of single-family homes.

Setback variances would add 10 additional accommodations that would enlarge the quarter-acre site at 13232 SW 85 St., causing safety problems in new parking areas, according to Moss, a traffic engineer.

In addition to presenting a petition of over 200 names in opposition, Moss said that revised parking as proposed in a new plan would result in a “hazardous” backing of cars directly onto SW 85th Street. Addition of required handicap signage and a bumper block would tend to give the area an appearance of commercial activity, he pointed out.

The Miami-Dade planning staff previously had recommended denial based on non-compatibility with nearby single-family homes.

No appeal of the decision had been filed as of deadline, however, the application may still go before county commissioners for review or Medina may refile an application to be heard no earlier than 2018. 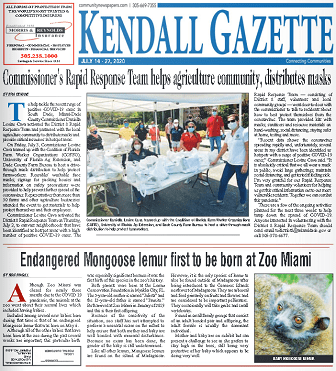