The Miami-Dade Police Department is joining forces with The Center for Writing and Literature @ Miami Dade College and The Children’s Trust in the Read to Learn Books for Free program to distribute more books to children in underserved communities.

The Read to Learn Books for Free program has been distributing books to children for almost two years, placing all new and gently used books in bookshelves located in WIC offices, public housing, public health clinics, juvenile justice centers and more than 35 other locations that serve a large number of families. All the partner agencies encourage parents and their children to take a book home to keep and read together. The program’s main challenge has been keeping the flow of age-appropriate, donated books at adequate levels. To date, the initiative has distributed almost 200,000 books.

Read to Learn Books for Free is part of a larger Read to Learn initiative launched by The Children’s Trust and the Center at MDC to increase the number of third graders who read at or above grade level. Reading at grade level by the third grade is the leading indicator of school success and high school graduation, but currently nearly half of our third graders fail to achieve this critical benchmark.

“Partnering up with the Miami-Dade Police Department will allow us to reach new communities and foster stronger bonds among people who believe in the importance of reading. We look forward to having all the officers and everyone in the surrounding neighborhoods of these 9 districts join the cause by donating books,” said Lissette Mendez, programs director, The Center for Writing and Literature at Miami Dade College.

In addition to the 9 new donation bins at MDPD, a full list of donation bins and bookshelves can be found listed online at: http://www.thecenteratmdc.org/readtolearn/bookstore.html.

ABOUT THE CHILDREN’S TRUST
The Children’s Trust is a dedicated source of revenue established by voter referendum to improve the lives of children and families in Miami-Dade County by making strategic investments in their future through the planning, advocating and funding of quality services.

ABOUT THE CENTER FOR WRITING AND LITERATURE AT MIAMI DADE COLLEGE
The Center for Literature and Theatre at Miami Dade College promotes reading, writing and theatre throughout South Florida through activities open to the public. Its Generation Genius programs for children and teens promote literacy and learning. Its creative writing program has national appeal, with courses taught by local and visiting authors. In 2012, the Center celebrated its tenth year with a renewed commitment to the advancement of literary arts. The Center collaborates with a number of cultural institutions and other partners in South Florida, and throughout the state.

ABOUT MIAMI DADE COLLEGE
Miami Dade College has a long and rich history of involvement in the cultural arts, providing South Florida with a vast array of artistic and literary offerings through MDCulture, it’s cultural affairs department, including the Miami Book Fair International, the Center @ MDC, the Miami International Film Festival, MDC Live Arts performing arts series, the Cuban Cinema Series, the Miami Leadership Roundtable speakers’ series, numerous renowned campus art galleries and Theatres, and the nationally recognized School of Entertainment and Design Technology. With an enrollment of more than 165,000 students, MDC is the largest institution of higher education in the country and is a national model for many of its programs. The college’s seven campuses and two outreach centers offer more than 300 academic pathways leading to baccalaureate degrees, associate in arts and science degrees and numerous career training certificates leading to in-demand jobs. MDC has served more than 2,000,000 students since it opened its doors in 1960.

ABOUT THE MIAMI-DADE POLICE DEPARTMENT
The Miami-Dade Police Department (MDPD) is the largest local law enforcement department in the southeastern United States, serving an ethnically and racially diverse community of over 2.6 million residents.  It is currently comprised of approximately 33 organizational elements with varying areas of responsibility, with a management team led by a Police Director, a Deputy Director, two Assistant Directors, four Police Division Chiefs, and a Chief Financial Officer.  The Department provides decentralized police patrol services in eight police district stations throughout Miami-Dade County (MDC).  The MDPD strives to promote cooperation, education and enhanced communication between MDPD and the citizens of MDC. MDPD’s Community and Youth Outreach Section’s educational program reaches over 500,000 citizens in MDC each year.  Over 13,500 students and citizens are reached through the use of the Crime Prevention Display Vehicle, and over 31, 50 students and citizens are reached through the use of the DUI Mobile Education Center.  Additionally, over 13,550 children are instructed by the Police Athletic League, and over 36,000 students through the Standing Together Against Negative Decisions (STAND) program.  Over 17,000 DNA Child Identification Kits were distributed this year.  (will request their boilerplate)

Every season has its purpose – and for winter, it’s Pisco y Nazca Doral 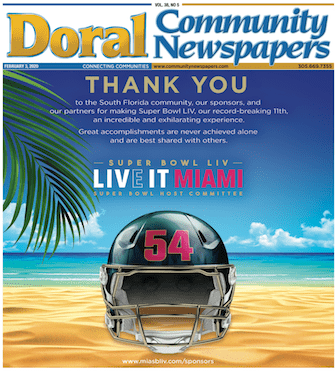 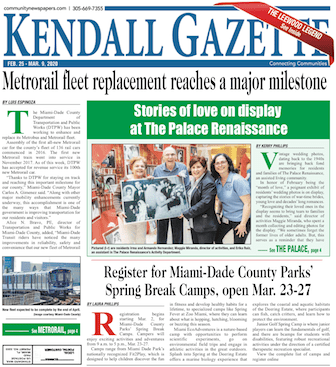