Quick response by three Miami-Dade Police Hammocks District officers led to the arrest of two burglars in the act of stealing a set of Honda car keys and multiple sets of headphones from a SW 178th Terrace residence in West Kendall on Sept. 22.

One of two subjects later led detectives to his home where they recovered a Tri- Star 12-gauge shotgun, stolen in a previous burglary.

Zoo Miami Set to Reopen to Visitors on Tuesday, September 15, 2020 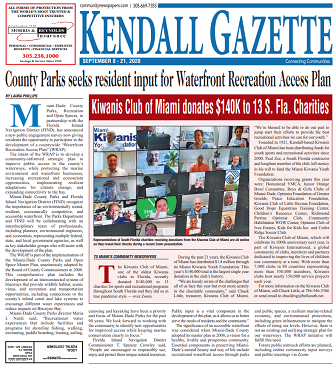