Has it been nine years already? Design Miami, launched by design impresario Craig Robbins in the Design District in 2005, has treated international visitors and local enthusiasts to a provocative menu of exhibitions and events during the annual week of art fairs anchored by Art Basel Miami Beach. Acting as a design-oriented complement to the fine arts-focused Art Basel, Design Miami’s attitude toward curation is characterized by a concern with the design of unique, rather than mass-produced objects. Speaking more to connoisseurs and collectors than to consumers, Design Miami’s ideal audience is well informed, future oriented and unaffected by market fluctuations. The fair has a serious commitment to education – it only includes galleries that are themselves committed to public programs that include exhibitions and publications – and to situating design within a lager framework of lifestyle choices, as evident in its annual collaboration with luxury brands like Fendi, Perrier-Jouët and Swarovski.

Design Miami commissions new work, as well. Every year the entrance to the pavilion offers an opportunity for an emerging design practice to test ideas at full scale in an installation. This year’s project, Tent Pile, was conceived by the design firm Formlessfinder as a lightweight canopy balanced delicately on a mound of sand harvested from the beach. The resulting project derived a surprising amount of formal power from the juxtaposition of the dense mass of the sand pile and the delicate framework and fabric of the canopy.

This year’s edition of Design Miami highlighted several important tendencies in the world of design. One is a renewed interest in craft. Gallery SEOMI (Seoul and Los Angeles) exhibited multiple pieces by just three artisans whose work shares a remarkable concern with precision and craftsmanship. This includes the sensual, biomorphic furniture by Bae Se Hwa, composed of steam-bent strands of walnut, and the exquisitely joined office furniture Jong-sun Bahk, which balance superfluity and restraint. Another welcome trend is the persistence of history, and for several years now Design Miami has featured multiple galleries exhibiting work by Jean Prouvé, Charlotte Perriand and Pierre Jeanneret.

This year, the Galerie Patrick Seguin (Paris) installed Prouvé’s Maison Demountable, a pioneering effort at designing low-cost prefabricated housing, which it used to exhibit furniture by Prouvé, Perriand and Jeanneret. The significance of art practices in design work is a theme exemplified by the New York gallery R 20th Century, which exhibited bespoke furnishings by Hugo França, Wendell Castle and Jeff Zimmerman, alongside classic mid-century work by Greta Magnusson Grossman and Joaquim Tenreiro. Finally, our lingering fascination with technology was evident in a number of displays, most prominently an installation by Audi, which presented the company’s R8 sports car against a backdrop of the automaker’s technological advances gleaned from their involvement in motorsports.

It bears noting that Design Miami played a key role in the revitalization of the Design District, a project Robbins began nearly two decades ago. The fair has since moved to Miami Beach, where, in turn, it has helped refocus the series of expositions centered on Art Basel Miami Beach. This vital component of Miami’s global cultural presence is an essential element of local design culture. 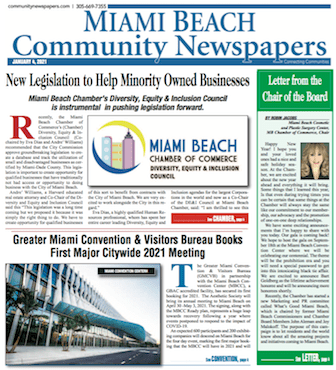