Nothing less than magic happened on Ocean Drive during the 4th of July as a 65 piece orchestra played under the fireworks to over 5,000 local residents and visitors.  The Ocean Drive Association hosted Maestro Michael Rossi and the Miami Classical Music Festival (MCMF) in Lummus Park for a spectacular program which included many musical theater and opera favorites. Patriotic songs enhanced the fireworks and the evening ended with a standing ovation and calls for encore.  Featured opera singers Evelyn Saavedra, Nathalie Avila, Sandra Marante, Gerard Ortega, and Ray González Núñez gave exquisite performances that had locals reminiscing of the Pavarotti concert in years past.

The ceremonial ribbon cutting and proclamation by Mayor Gelber signified the beginning of collaborative plans for an annual festival and July fourth celebration. “Maestro Michael Rossi has further elevated Miami Beach’s status as an international arts and culture destination with these summer-long classical music performances – the first of many,” said Mayor Dan Gelber. “Our residents and visitors have a lot to look forward to.”

The MCMF was brought to Ocean Drive by The Betsy Hotel.  Three hundred conservatory musicians from 25 countries have come together for intense study and nearly 75 performances in Miami Beach this June and July.  Betsy owner Jonathan Plutzik noted, “The festival’s move to the beach this year is just further reinforcement of Miami Beach’s place among the most important cultural destinations in the country.  We are just getting started.”

The Ocean Drive Association’s businesses have sponsored fireworks for the district annually but expanded the programming this year to include the MCMF Orchestra, a Kids Zone and a Blues concert the following day.  Local businesses came together to fund the programming in a last minute effort to provide an uplifting and transformational event for the whole community.

Letter from the Chairwoman 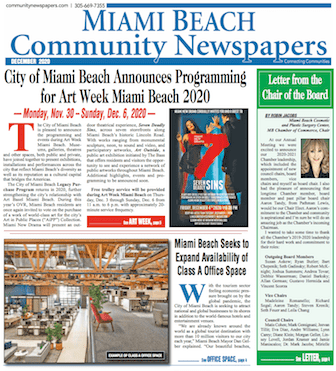