On April 28th, the International Women in Wine Celebration Dinner and Cruise will highlight 8 award winning women winemakers from around the world on the luxurious South Beach Lady Yacht.  An elegant 6 course meal with 2 appetizers created by celebrity chefs Jouvens Jean and Irie Spice will be served to compliment the 8 phenomenal wines chosen from over 20 that were submitted.  Last year was the inaugural event, and this year is even bigger and better!  The women winemakers who were chosen this year have their own unique stories on how they have succeeded in this male dominated industry.

Theodora Lee is owner of Theopolis Vineyards in Yorkville Highlands, CA. Ms. Lee is also a senior partner and trial lawyer at Littler Mendelson, P.C. Her passion for wine began in 1987 primarily due to the influence of her law firm mentors who

and tasting room in the Red Mountain AVA in Washington State. Shae and her husband relocated to Washington from California to raise a family and began a new journey in wine. Shae will humbly offer she is the assistant Winemaker, however after attending last year’s event she was inspired to create her own wine! We are honored to debut Shae’s own brand, Sashay. Sashay is a Rosé of Merlot that is its own stand-alone brand produced and bottled by Frichette Winery. Guests attending the International Women in Wine Celebration will be the first to experience this amazing wine.

Patricia Willis is founder of Vondor Wines. Growing up in East LA, California, Patricia was always surrounded by food and wines at family and other social gatherings. She developed an interest and then passion about various wines. Her study and research of wines inspired her to leave a stressful work environment and create a brand named in honor of her family who encouraged her to follow her dreams. Her brand is named to honor her son Servonte (Von) and her mother Dorothy (Dor). Patricia hopes to use her brand and her story to empower women to follow their dreams no matter the barriers or challenges.

as a plant pathologist working on diseases of wine grapes. She later developed a new kinship with winemaking and embarked on a quest for true “joie de vivre,” joy of living!  From her first vintage, a Napa Valley Merlot, in 2010, Darjean Jones Wines are now a culmination of an enduring affair with wine, fermentation science and the microbes responsible for the magic. Darjean Jones wines imbibe the essence of the quintessential California vintage with a uniqueness of character only achieved through artisanal winemaking. Dr. Dawna Darjean Jones is a proud alum of the University of California Davis and Southern University and A&M College in Baton Rouge, LA. “The best odysseys in life involve seemingly purposeful wandering to a most unexpected and glorious destination. At some point, if we are lucky we allow our moments in life to merge equaling the entirety of who we are.”

Chrishon Lampley, as seen on CNBC’s “The Job Interview,” is a Negociant, wine

enthusiast and Founder of LCS Entertainment, LLC that features Love Cork Screw wines from Chicago, IL. Love Cork Screw is a lifestyle brand that launched six varietals in the fourth quarter of 2013, along with wine-scented candles. Lampley leverages her platform to mentor young women and budding entrepreneurs. As she aims to break glass ceilings, her hope is to inspire and encourage at least one person to do the same. Never stop. Never settle.

Paula J. Harrell is a San Francisco native and founder of P. Harrell Wines.  She

received a BA in History and minor in Spanish from UCLA, during which time she studied abroad in Madrid, Spain, where her love affair with wine began! After college, she then obtained her MBA from San Francisco State University. Though she has had a long standing career in Real Estate & Mortgage Finance, as well as many years of civic endeavors with film and special events, her passion for wine has always remained. After years of engaging with the wine culture as a hobby, her great passion and appreciation for all things wine led her to finally start her own private label in November 2015. The daughter of an immigrant mother from Panama and an American father, a USF Alumni, P. Harrell Wines is a tribute to her family’s entrepreneurial legacy and dedication to community, friendship, and cultural heritage. Paula’s parents raised her and her 4 siblings, built a series of thriving residential care facilities in San Francisco.  In homage Paula has named her first two wines after residences and properties of her family’s in San Francisco that hold special meaning to her.

college on a scholarship. She accepted the offer and began the journey to learn about wine at Stellenbosch University. In 2009, she not only learned how to make wine she received the South Africa Women Winemaker of the Year Award while working for Stellekaya Winery. Venturing out on her own, she recently opened Aslina Wines and produces a Cabernet Sauvignon Cabernet, Chardonnay, Sauvignon Blanc, and a red blend (Cabernet Sauvignon, Cabernet Franc, and Peit Verdot) called Umsasane in honor of her grandmother.

champagne named Marie Cesaire. Originally from Guadeloupe, Marie and her brother were mostly inspired by the West Indies and France to reflect the two cultures for a unique and bold champagne result. This passion for wine later evolved into a successful business with over 10,000 bottles produced and sold in France. With its unique flavor and distinguished red hummingbird symbol, the champagne Marie Cesaire is now on a rise to cross borders and explore overseas territories.

This evening promises to be another memorable experience for the wine connoisseur whose mouth will be awed and who will also have the opportunity to meet these amazing women who have dedicated their life to bringing you pleasure in a bottle!

Saturday April 28th at 6:30 PM step aboard the luxurious South Beach Lady Yacht for an experience beyond measure. Tickets can be purchased through www.UrbanConnoisseurs.com. Sponsorship opportunities are available by contacting ROI Media Consultants Inc via email dee@ROImediaconsultantsinc.com 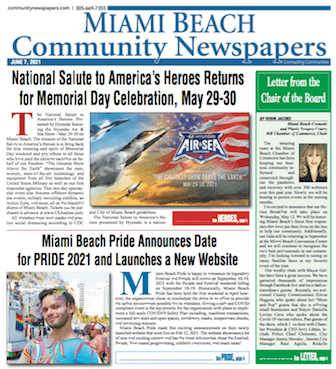