For the sixth consecutive year, the Miami Beach Chamber of Commerce Pillar Board  honored a group of first responders, including a K-9,  at its Annual Heroes Breakfast on Friday, February 14 at the Loews Miami Beach. Presented by City National Bank and the Loews Miami Beach Hotel, this event continues the Chamber’s tradition of recognizing the accomplishments of outstanding individuals doing brave work in the community. Additionally, the Chamber recognized Dr. Gershon Fink for his work in emergency management training. At the breakfast, each honoree was given a gift package totaling over $5,000.

“The Annual Heroes Breakfast is one of the most popular events that the Chamber holds because it’s a community event,” said Chair of the Board Robin Jacobs. “The business community gathers and celebrates the bravery of individuals who play a critical role in keeping our communities safe.”

Jacobs presented Dr. Fink and awarded him for his passion in teaching people life-saving tips and steps on how to keep people alive until EMS arrives. He has taught many residents critical skills including How to Stop the Bleed, which is a program of the American College of Surgery. He also volunteers his time to make Miami Beach more resilient.

Chief Virgil Fernandez also presented 911 Dispatcher Rebecca Ramos with an award for her calmness and resourcefulness during pressure.  In January 2020, Rebecca Ramos was working Dispatch Main channel when she heard an officer say they had subjects at gunpoint. The scene quickly escalated, and officers could be heard yelling shots fired and Officer down. She Rebecca remained calm and professional and commenced to sending additional units, maintaining locations, requesting rescue and coordinating road closures all while receiving directions from the officers on the scene whose voices showed considerable stress. She did an amazing job of accurately placing all involved officers in their correct assignments, directing and coordinating the communication with all involved units of police and fire all while maintaining a calm and professional demeanor. Her actions contributed to the prompt delivery of assistance to the injured officers and to the safety of all on the scene.

The honorees were sponsored by a leading business or organization in the community:

The event was open to the public.

Governor DeSantis, Shut it Down NOW 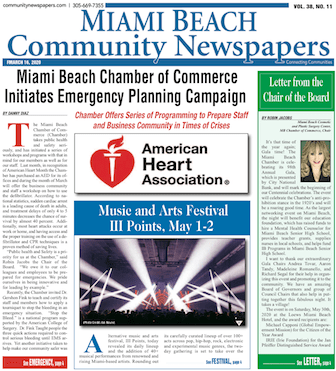