Mitchell Wolfson, Jr., did not set out to invent a new type of museum. He simply began collecting pieces of decorative arts and propaganda as a young man. These are not the more conventional works of art or designed objects that accumulate in the hands of collectors. Micky was always attracted to things that revealed the everyday world of the societies that produced them, including attempts by industry and government to persuade, promote and cajole. By 1992, his collection had grown to 50,000 objects (it has expanded threefold since then) and merited preservation in a new institution – equal parts museum, archive and study center – The Wolfsonian.

Now affiliated with Florida International University, The Wolfsonian quickly emerged as a vital resource for scholars from around the globe. The collection features particularly strong holdings in the decorative arts and propaganda of England, France, Italy, Germany, the Netherlands, the Soviet Union, Japan and the United States from the period between 1885 and 1945. While the collection includes a train car (a magnificent FIAT Littorina, currently on loan in Turkey), most items are more manageably scaled objects like furniture, appliances, post cards and posters. Together, these fragments of visual and material culture help scholars piece together the history of modernity.

Of all the objects in the Wolfsonian’s collection, none is larger than the building itself. Built in 1927 to house the Washington Storage Company, the nearly windowless three-story warehouse was embellished with Art Deco-inflected Mediterranean Baroque ornament by its architects, Edwin Robertson and Lawrence Patterson. An addition in 1936 added two more floors. After Wolfson acquired the building in 1985, he commissioned architects Mark Hampton and William Kearns to transform it into a museum and study center. Hampton and Kearns added two more stories, and renovated the existing building in a manner that left the existing structure and new mechanical systems exposed, in order to preserve the building’s character.

It is fitting that an institution organized to collect and preserve material culture should choose to preserve a historical building, and The Wolfsonian integrates many of the collection’s larger objects into the structure itself. The lobby is dominated by the gilded marquee of the Norris Theater in Norristown, Pennsylvania, which acts as a fountain and focal point for the space. The theater’s stained glass windows light the second floor conference room that, like many of the spaces reserved for the staff, display an eclectic array of spolia. A magnificent spiral stair, crafted by Wharton Esherick in pine and iron, permanently connects the galleries on the upper two floors. The collection spills out onto Washington Avenue, where a stainless steel Art Deco Bridge Tender House from the Northwest 27th Avenue Bridge, rescued by Wolfson in the 1980s, is used for temporary installations by guest curators.

The adaptive reuse of the building is a model of institutional patronage of historic preservation in the Art Deco Historic District. As it approaches the twentieth anniversary of its inaugural exhibition, The Wolfsonian continues to engage both global and local audiences. The Wolfsonian provides a place of intellectual exchange that draws scholars from around the world and establishes a cultural anchor rooted in the historic richness of South Beach. 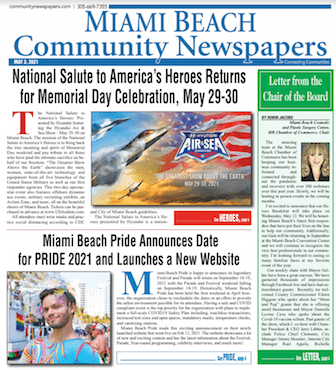