IT’S TIME TO SPA! GMCVB’S MIAMI SPA MONTH RUNS THROUGH AUGUST 30, 2015
One of GMCVB’s most popular Temptations programs – Miami Spa – returns to the destination beginning July 1, 2015! Greater Miami and the Beaches is renowned for luxury spas that rank among the “Best in America,” and are beloved by spa connoisseurs around the world. Indulge in the highest standards of pampering and relaxation during the seventh annual edition through August 31, 2015. Take advantage of rejuvenating special treatments for as low as $99 at Miami’s premier spas. For a full list of participants and treatment options, visit MiamiSpaMonth.com.

TWO NEW TRANING LOCATIONS AVAILABLE FOR GMCVB’S MIAMI BEGINS WITH ME CUSTOMER SERVICE CHAMPION PROGRAM
The Miami Begins with Me Customer Service Champion Program consists of a three-hour class, offered at no cost to GMCVB Partners in good standing. Two training locations now available, GMCVB Office (only for GMCVB Partners) at 701 Brickell Avenue, Suite 2700 and LGBT Visitor Center (open to all) located at 1130 Washington Avenue. The three-hour class highlights: economic importance of tourism & key events, Miami’s amazing attractions, Miami heritage neighborhoods and a customer service refresher. Complete the course and receive the Official Miami Begins with Me Champion Certificate of Completion, discount offers from program partners, chance to win a grand prize award of a cruise for two out of PortMiami and more! Visit MiamiBeginsWithMe.com/Register for full details. 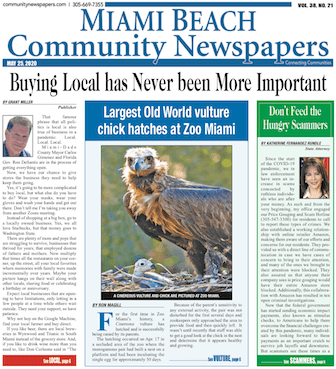