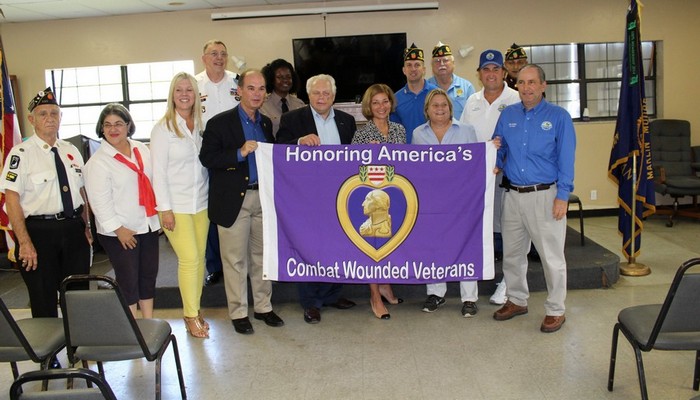 The Village of Palmetto Bay honored veterans who have received the Purple Heart during a ceremony hosted by the American Legion Marlin Moore Post 133 and the Military Order of the Purple Heart Veterans on Sunday Aug. 7.

A proclamation designating the village as a Purple Heart City was presented.

Its purpose was to express the village’s gratitude for “all the brave men and woman who have selflessly served our country in the Armed Forces especially those who have been injured or have given their lives.”

Captain Paul Amato, a village resident, Adjutant of Post 133, and a recipient of the Purple Heart, was the emcee along with Post

Commander Billy Richards, who said that they were grateful for the recognition.

“This city does such a good job and we appreciate everything they do,” Richards said.

Captain Amato, a Vietnam veteran, was pleased with the mayor and council’s efforts on their behalf.

“I think it’s a great patriotic gesture on their part,” Amato said. “It was great seeing the World War II Purple Heart veterans who able to attend. Also, the village, together with the Marlin Moore Post 133, are working to establish a great veterans park with the first Gold Star Family memorial monument here in South Florida.”

Commissioner Daniella Levine Cava said she was going to try to get the other cities in her district to declare themselves Purple Heart cities as well. 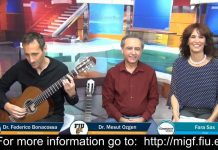 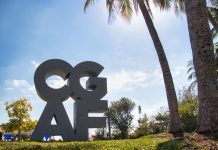 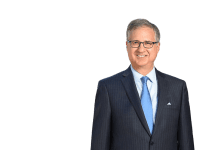 ETHISPHERE ANNOUNCES BAPTIST HEALTH SOUTH FLORIDA AS ONE OF THE WORLD’S...