The massacres our nation witnessed in El Paso and Dayton have been horrific and painful to digest. Sadly, your home state of Florida knows all too well what communities go through when they are victims of senseless mass shootings. More pointedly, in the El Paso massacre, victims were targeted simply because they were Hispanic. I am a commissioner in a county that is home to the largest Hispanic community in our state, and this is terrifying. We cannot allow months to pass before the state or federal government takes action; we need you to act now.

I think you would agree that local leaders, those closest to the ground, should have the tools necessary to keep our communities safe and citizens protected. But as you know, we don’t. In fact, local leaders could lead the charge in passing some reforms, like universal background checks for guns sold in our county, and closing gun show loopholes, but the current leadership in Tallahassee has tied our hands through extremely onerous pre-emption laws. Those laws have rightfully been found, by a Florida state judge, to be unconstitutional and an overreach to local control. Unfortunately, you have decided to appeal that ruling.

But your decision to appeal this ruling regarding an unconstitutional law that punishes local leaders who try and make their communities safer by addressing the scourge of gun violence in our communities was made before El Paso, before Dayton. I respectfully request that you reconsider your decision in light of these tragic events, drop the appeal and allow the court’s ruling finding this law unconstitutional to stand.

Too many lives have been lost to tie the hands of local leaders even one more day. Yours in service, 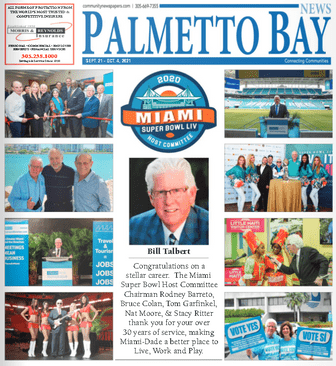