Palmer Trinity School welcomes Elizabeth Bacardi and Vivian Cortinas to its board of trustees.

“We are very pleased to be working further with Elizabeth and Vivian in their new roles as board members,” stated Hugo Mantilla, Chairman of the Board. “They are both talented, but most of all are dedicated to our school’s mission.”

A former fourth-grade teacher at St. Philip’s Episcopal Elementary School, and a mother of four, Bacardi is a longtime supporter of organizations that promote education, culture, health, and youth programs. Bacardi also served on the board of St. Philips School where she chaired the trusteeship committee, was board secretary of the executive committee, and was a member of the development committee.

In addition, Bacardi is on the board of trustees at St. Thomas Episcopal School where she has been involved with marketing and enrollment, has worked on the management, strategic planning and executive committees, and served as trustee chair. She is also an alternate trustee of the Dunspaugh-Dalton Foundation.

Her experience also includes serving as a board member of Close Up, a program that helps expose high school students to the democratic process in Washington, D.C.

Bacardi has a bachelor’s degree in elementary education and English literature from the University of Miami. She and her husband, Facundo Bacardi, have four daughters – three attend Palmer Trinity School; their youngest is a second grader at St. Thomas Episcopal School.

Vivian Cortinas is vice president of IT Shared Services for Interval International, a leading provider of vacation services and a subsidiary of Marriott Vacations Worldwide. Her professional technology and management skills are important assets for her responsibilities at Palmer Trinity School.

Cortinas has served as secretary, president-elect, and president of the Palmer Trinity Parents’ Association. She has also chaired various school committees including the Advanced Gifts Committee for the Soaring capital campaign.

Prior to joining Palmer Trinity, Cortinas served on the board of trustees at St. Thomas Episcopal Parish School (STEPS) and was president of the STEPS Parents’ Association. As member of the St. Thomas Episcopal Church, she has co-chaired multiple church ministries, served on the vestry on two occasions as well as held various diocesan appointments. Other professional affiliations and community involvement include: The United Way Women’s Leadership Executive Council, Young Patronesses of the Opera, Communications Board for the City of Coral Gables, and ITWomen.

Cortinas has a Bachelor of Science in electrical engineering from Florida International University.  She is married to Henry Cortinas and their son is currently a senior at Palmer Trinity School. Cortinas has been a resident of Miami for almost 40 years. 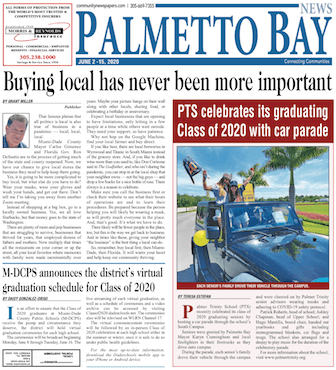