The automotive industry has had a long reputation to be primarily lead by male figures.

However, Lori Bean, dealer principle of Bean Automotive Group, demonstrates how significant it is to also have women as leaders to be successful.

“My leadership team and I work hard to be the leaders in workforce equality for both women and men,” says Lori Bean.

Being a woman-owned company, Bean Automotive Group supports the advancement of women in this industry through many ways.

The company attended the 15th Annual Top Women Awards Ceremony on September 9th which was hosted by the Commonwealth Institute alongside with partners Kaufman Rossin and Wells Fargo. The event honored the Top Women-Led Businesses in Florida that are dedicated to advancing businesswomen in leadership positions. The virtual event was attended by Lori Bean, Jiselle Perez HR Director and 15 female leaders throughout the Bean Automotive Group. In addition to celebrating these women, a raffle was also included that was valued at $10,000. The virtual event was an opportunity to inspire and learn from great female leaders who are flourishing in their industries.

That is not the only recent recognition being honored for this company. Evelyn Chatel, General Manager of West Kendall Toyota, one of the four stores owned by Bean Automotive Group, has been recognized as woman of the month by Women of Color Automotive Network.

“I am so honored to be associated with a company that supports women in this industry,” said Evelyn Chatel.

The network recognizes a woman every month who is a hard and inspiring worker. Evelyn exemplifies just that—what it takes to be a successful leader no matter what circumstance you come from. She made her way from being a greeter to being an outstanding representative of West Kendall Toyota. Showing that gender is not an obstacle to your success.

The company works each and every day to carry out their vision to be the leading automotive group within our industry, along with supporting programs and building empowering teams that increase diversity at Bean Automotive Group. 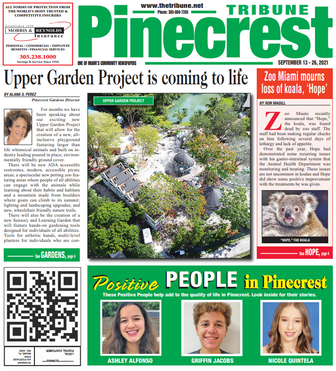