It was no surprise my last column simply titled Hate, produced an onslaught of, dare I say, hate mail. The general theme was that the column overflowed with wokeness and of course how I use the paper to even promote Critical Race Theory. I was accused of showing only the negative side of what’s occurring in classrooms. So I decided to use last issue’s column content to gloss over and imagine what I discussed doesn’t exist. So the fantasy begins here:

For the sake of space, I am not going to list the thousands of examples of acts of kindness and understanding of diversity towards others based upon their race, religion, ethnicity, gender, gender identity, sexual orientation, disability and now fashionably enough – political parties.

Even as high-profile kindness and concern for others grab national attention, it’s difficult to quantify how much occurs in broader society, including our revered place of peace and protection – our schools.

Although our public health organizations come up with vaccines to combat the coronavirus, our schools have been the ones to stoke the explosion of compassion and kindheartedness spreading in our classrooms.

Over the past few years, American students have seen unarmed people of color nurtured and feeling safe when in precarious situations.

Anti-Semitism is a “thing” of the past and in the rare case it’s espoused, high-ranking personalities in all walks of life are the first to defend its disgust.

They’ve followed news stories and seen video clips of people gathering on the Capitol steps on Jan 6 merely to display their support of democracy. And they’ve lived through what is arguably the most bi-partisan, teamwork driven, teammate based political climate in recent memory.

We can all be relieved that threats of violence, menacing images, bigoted comments and ignorant rants are of a bygone time when we didn’t know better. Spurred by unity in politics the positive rhetoric and mounting support of minority groups, instances of warmth and diversity acceptance happen daily in our nation’s schools, ensuring children feeling scared at becoming select victims is no more a concern.

Kindness is as fresh as ever and easily had on a slew of social media platforms. Its accessibility makes it the ideal streaming service for those wanting their daily fix of thoughtfulness, sweetness and generosity. It’s front and center. It simply shows itself much more clearly and easily.

A 10-YEAR-OLD MUSLIM GIRL GETS A NOTE SAYING, YOUR HIJAB IS BEAUTIFUL

Students react to what they see in their community and bring it to school. When they see messages from society that say, “It’s okay,” then it empowers young students who don’t have a lot of perspective yet.

And besides home, there is no better place for kindness to percolate than in school. With their faces in phones all day, they are able to watch, participate, and perpetuate friendliness in real time. The pervasive use of social media to spread messages of humanity leave communities feeling embraced by goodness.

Schools have plans and protocols in place to respond to fires, severe weather, medical emergencies, fight and weapons possession. But what about school incidents of immense understanding and benevolence?

A 14-YEAR-OLD HISPANIC CHILD IS TOLD HIS MOTHER IS WELCOMED TO THE U.S. JUST AS THE OTHER 44.9 MILLION PEOPLE

But schools are not hermetically sealed institutions. They are not immune from the amiability political and “equality for all” socioeconomic forces gripping our nation.

The reality is that while these media reports pop up with welcomed regularity, they represent just a tiny fraction of the warm-heartedness and good deed incidents that educators are encountering in the classroom. Student goodwill at school is welcoming, unselfish and altruistic.

Is this fantasy more palatable? 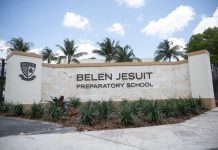 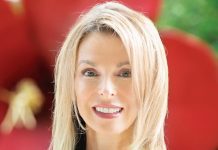 Vote no on the referendum. We got a good thing going in pinecrest 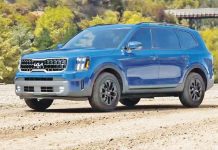 ‘Chili in the Village’ and great family films