The story of the county’s budget season begins again; it is so repetitive, so predictable, so trite and worn out that it’s almost boring.

But, quantitatively, in terms of dollars and cents, there is nothing boring about it. Here are the rough numbers.

Estimated Increase in Tax Base

As shown in the accompanying chart, the sheer numbers are impressive. The county’s overall tax base is now expected to exceed THREE-HUNDRED BILLION DOLLARS. Let me try to put that in context. That is five times the entire economy of Cuba, with its close to 13 million people. That is 25 times the amount spent in the Marshall Plan to help Europe recover after WWII ($12 billion in 1950 dollars) and three times what that amounts to in today’s currency ($100 billion). That is fifteen times the total tax base of the City of Miami when I became mayor in 1985.

The urban renaissance taking place in Miami has now reached its apex – witness a near 10% increase in its tax base in one year. What is even more impressive about Miami’s tax base increase is that more than half of the total increase was from new construction, as opposed to simple increase in valuation. For the first time in its history, Miami has experienced THREE-

And this is very important: Because Miami is the county’s most central urban region, the newly constructed buildings are all within short trolley distance from the county’s largest workplace, which is downtown/civic center/Brickell (all of which are connected by FREE METROMOVER). Let me restate that: Miami’s newest residents, many of whom will reside or work in newly built structures, whose value is 10% of the value of all the city’s existing structures, will be able to take FREE TROLLEYS/METROMOVER to work, or to visit the downtown museums, or to enjoy the waterfront parks.

I expect that Miami will use the increased tax base wisely, adding transit linkages and improving essential services like police, fire and parks, and providing operating revenues to projects, such as the Historic Black Beach (now to be named the Civil Rights Museum), whose capital funds have been in place since 2004. Not so the county.

Now Back to the County

The increased tax base, assuming a flat tax rate for the upcoming fiscal year (FY 2019-20), will provide roughly $110 million in new tax revenues. Understand this: the county’s dependence on real estate taxes provides only forty percent of the county’s operations; the other sixty percent is a combination of its so-called “enterprises” (airport, seaport and water & sewer utility) and certain other revenue sources such as gas taxes, sales tax surcharge (so-called “half-cent” earmarked for transportation) bed taxes, and intergovernmental transfers (state and federal grants). Because the three major enterprises are self-sufficient, and because there is a special tax for transportation infrastructure, the increased real estate tax revenues are not needed for any of those purposes.

Let me tell you what the administration will say about the new tax revenues. (You can bet on this.) They will say that there is no new money; that about 30% of the new revenues are contractually obligated as salary increases to the unions, and the other 70% will be gobbled up by increased costs of providing existing services.

I wouldn’t be surprised if the county’s budget bureaucrats say that we have an expected shortfall in the budget, despite a near-six-percent increase in our tax base. They will say that because there is absolutely no interest, on the part of the bureaucracy, to streamline itself. The “span-of-control,” which is the proportion of rank-and-file to supervisors, will not be reduced from what it is today, which is a mere 5 to 1, or approximately 4,300 managers to supervise 22,000 people who actually provide the essential services.

Moreover, there is absolutely no interest in cutting back on acquisition of new furniture ($80 million budgeted over the next five years), or new vehicles ($90 million over the next five years, added to more than $30 million last year), or consultants (over $100 million for transportation alone and close to $200 million for water & sewer improvements). There is also no interest in consolidating our 18 administration buildings, or selling off some of the 4,500 properties owned or leased by the county.

And there is certainly no interest in reducing salary and benefits to the administrative sector, of which close to 4,000 made over $100,000 last year.

Business as usual in the county? You can count on it – until November of 2020. 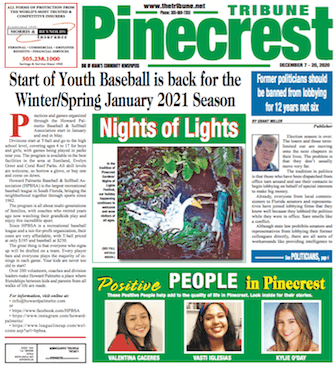