It may seem like an unlikely marriage– Shakespeare & Hip Hop, Tango, Spoken Word and Graffiti Arts, but the cast of the danced drama R&J, [Romeo and Juliet] are taking to the stage with these divergent art forms to re-tell in modern day, a timeless classic. Grace Arts Center’s R&J, is not your grandmother’s version of the Shakespearean classic. Billed as a highly interactive, Avant Garde Theatre experience, R&J’s artists will engage young audiences with performances in Tri-County South Florida (Broward, Miami-Dade, and Palm Beach. The interactive drama kicked off on March 6th, 2015 at the Theatre at the Broward County Main Library and heads to Miami’s Light Project, 404 NW 26th Street Miami, FL  33127 on April 18th.

R&J is an adaptation of Shakespeare’s Romeo and Juliet, set in Miami at the close of the 20th Century. The production infuses the traditional story’s strains between families with the tensions between two battling dance troupes – one of tango (Montague) and one of hip hop (Capulet). The young actors travel through time through the help of a Narrator, who in spoken word also leads the audience on a journey of individual, family and neighborhood reconciliation. Featuring live graffiti art, an original score for violin, and DJ sound tracks to each scene, the danced drama places the star-crossed lovers on a surprise path back to their hometown where art is their refuge and a message to their community from the stage. R&J is a youth-led production with a local cast of musicians, singer/songwriters, poets, actors, DJ’s, fine artists and dancers.

Describing their inspiration behind the project, Erlick says, “It’s always wonderful to introduce Shakespeare to young audiences, as the themes and characters still resonate strongly today… this  R&J project adapts the story and adds modern influences, music and multiple art forms to make a truly unique theatrical experience. This past summer, FLCT alumni and students began to explore how to combine hip hop, stage combat, tango and street art to highlight the worlds of the Capulets and Montagues, and the upcoming performances will take that foundational work and expand upon it.”

Grace Arts Center was formally approved as a charitable arts 501.c3 in 2011 expanding after school arts programs, public art festivals, cultural events and recreational classes. In 2013, the R&J project was funded through a seed grant from Broward Cultural Division for a summer workshop at The Fort Lauderdale Children’s Theatre. The State Division of Cultural Affairs approved a full production grant for three performances in the tri-county area in 2015.

Tickets for the events are available on Eventbrite and retail for $15, or $25 for VIP seating. Student Group Rates available. 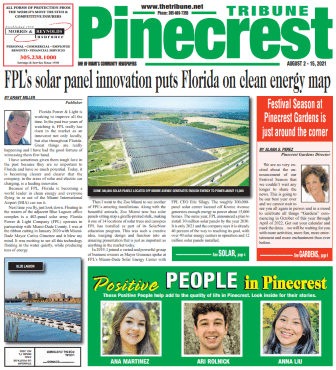