Moses was in a tough spot. According to the Bible, the Lord asked the prophet to go to the Pharaoh and ask him to free the Israelites, who (at the time) were considered slaves in the land of Egypt. But the Pharaoh wasn’t into the idea; he had a hard heart and no intention of losing his laborers. The Pharaoh’s unyielding heart prompted the Lord to inflict a series of plagues upon Egypt as a punishment.

Per the Lord’s instructions, Moses went to the bank of the Nile River and said to the Pharaoh, “Behold, with the staff in my hand I will strike the water of the Nile, and it will turn to blood.” And it did, just as the Lord promised it would. All of the waters across Egypt—the rivers, canals, ponds and pools of water—turned to blood. The fish died, the Nile stunk, “and all the Egyptians dug along the Nile for water to drink, for they could not drink the water of the Nile.”

If you’re a Florida resident, these circumstances sound all too familiar. For the past ten months, a ‘red tide’ has been devastating our local sea life, diminishing tourism, and ravaging the economy. Thousands of deceased ocean-dwelling creatures now litter South Florida’s famously picturesque beaches. While most are of these creatures are fish, it’s been reported that eels, sea turtles, manatees, dolphins, and even a 26-foot whale shark have also washed ashore. On August 13 Governor Rick Scott declared a state of emergency and released more than a million dollars to assist with the extensive cleanup efforts and help businesses recover from severe profit losses.

A red tide, or harmful algal bloom, is a higher-than-normal concentration of a microscopic marine alga, which can produce toxic chemicals that affect animals and humans alike. In Florida and the Gulf of Mexico, the species that causes most red tides is Karenia brevis, a single-celled, naturally occurring organism belonging to a group of algae called dinoflagellates. This organism produces tasteless, odorless neurotoxins that disrupt the central nervous systems of fish and other vertebrates, causing these creatures to perish. Because K. brevis cannot tolerate low-salinity waters for an extended period of time, the red tide has impacted Florida’s bays and estuaries but not its freshwater lakes or rivers.

To make matters worse, red tide is not the only algal bloom plaguing Florida at the moment. Inland lakes and rivers are clogged with vibrant, blue-green cyanobacteria, one of Earth’s oldest organisms that dates back more than three billion years. Nutrient pollution from urban, agricultural, and stormwater runoff causes the majority of freshwater cyanobacteria blooms, which deplete the water of dissolved oxygen, thereby killing the water’s inhabitants. The toxins produced by cyanobacteria can also be harmful to humans, affecting the skin, liver, and nervous system.

Unlike other harmful algal blooms, there is no direct link between nutrient pollution and the initiation or frequency of red tides caused by K. brevis. However, winds and currents can transport red tides inshore, where they thrive on man-made nutrients.

Standing at the water’s edge, it’s clear that South Florida’s environmental concerns have worsened in recent years: The fish are dead, the beaches reek, the sea has turned the color of rust, and our inland waters are thick with blue-green algae. The plague has been unleashed, but solutions to these serious challenges are thin, scarce, and too-often mired in politics. What will it take to influence our state leadership? How can we turn their apathy into empathy? Turn their detachment into meaningful action?

I know: Cue the frogs.

Author’s Bio
Leopoldo Llinas is a forward-thinking father who hopes to educate the young men and woman who will make this world better. He holds a PhD in Marine Biology and Fisheries from the University of Miami Rosenstiel School of Marine and Atmospheric Science. leollinas@gmail.com 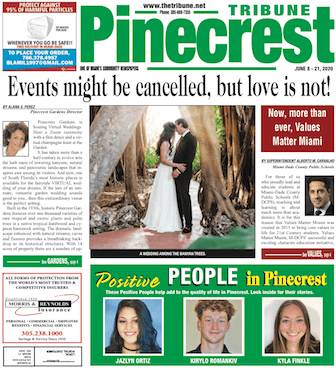